I'm very excited to FINALLY be doing another in-wall build. This is going to be a bit of a teaser, because I'm not going to do much more with the tank until we get the basement finished. We bought this place in March this year. It's kind of a wreck, but we've made a lot of improvements so far and have some big plans. Luckily my girlfriend is willing (and almost as excited as I am) to go along with my crazy ideas. So, after finding a steal of a deal from a local reef club member on the 220gal, the building has begun.


When we bought this place, we tore down the back half of the house and rebuilt because it was so shoddy. I had the builder frame in an opening for an in-wall tank while the construction was going on. 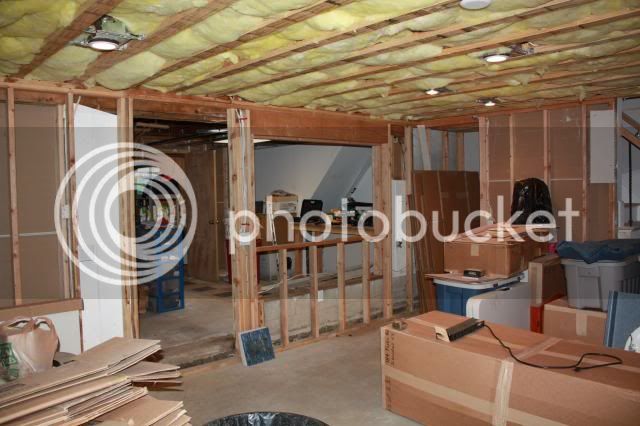 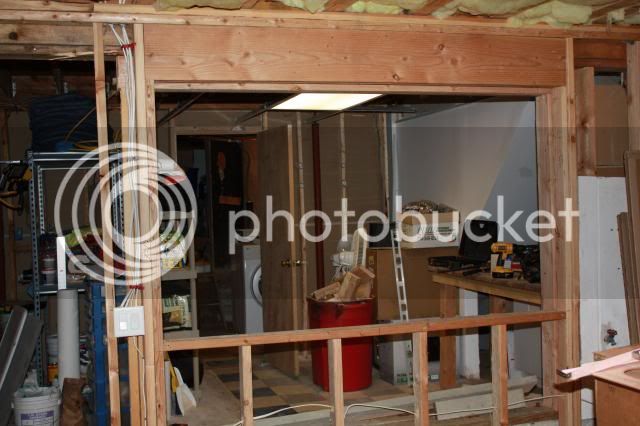 When I was prepping everything to get the stand moved in, I had another of many surprises we've had in this place - in the basement, where the tank is going to be, there is about a 6'x12' area that is not concrete slab...it was just 2x4s laid on sand with subfloor over it. So, I tore up the small section around where the tank is going, and poured a new slab. I'll finish the rest of the room later. 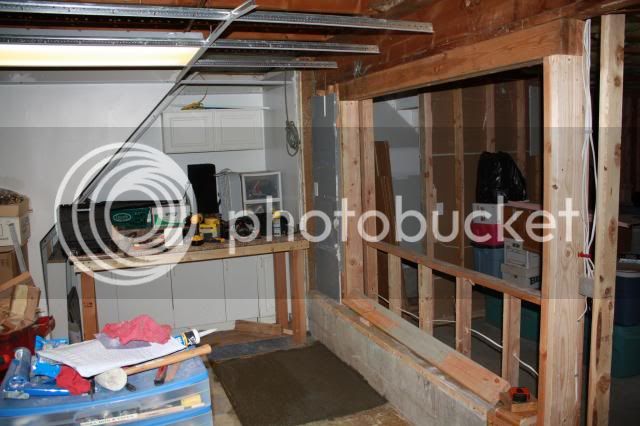 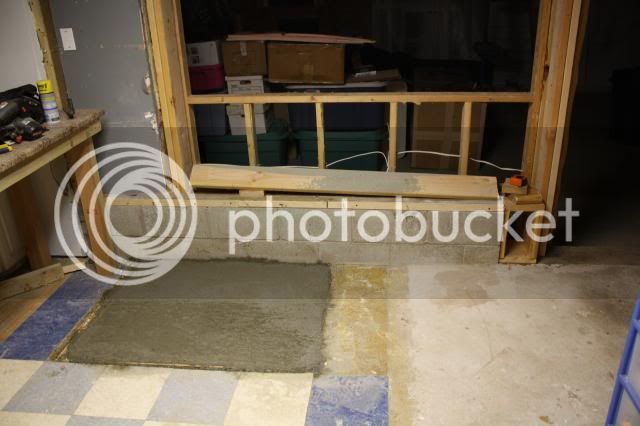 Once the floor was cured, I moved in the stand. I had to do some modification to shorten the stand to align it with the window. I also needed to build an extension to slide the tank forward. The stand is right up against the house footing, which comes up about 20". I built a second stand section on top of that, level with the main stand, so the tank would slide right up against the back of the wall. 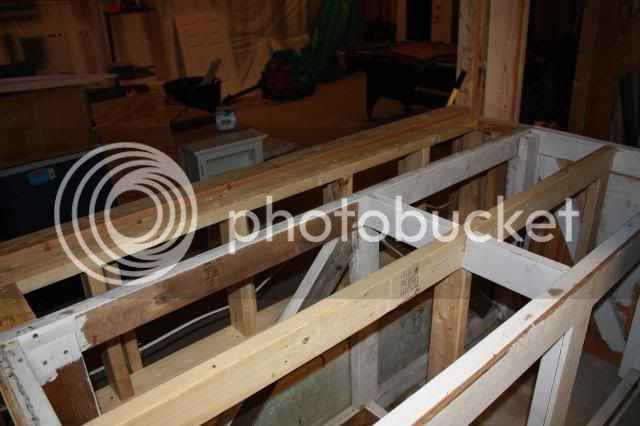 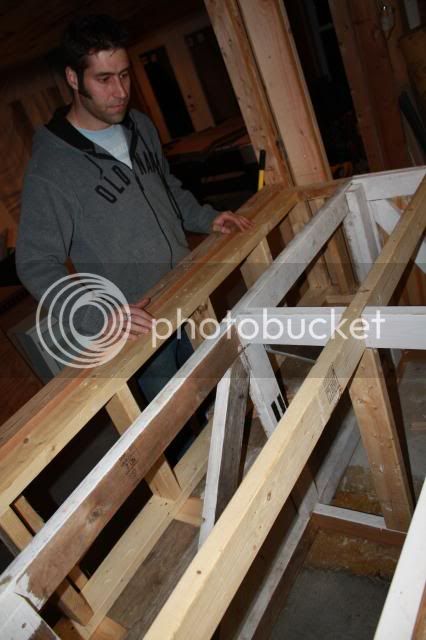 It still needs some leveling and shimming, but tank is in place! 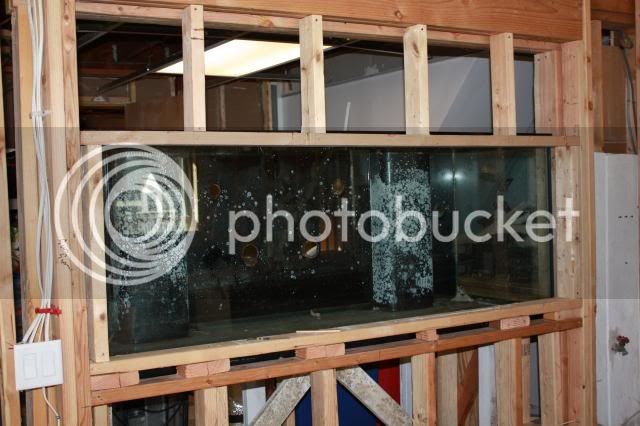 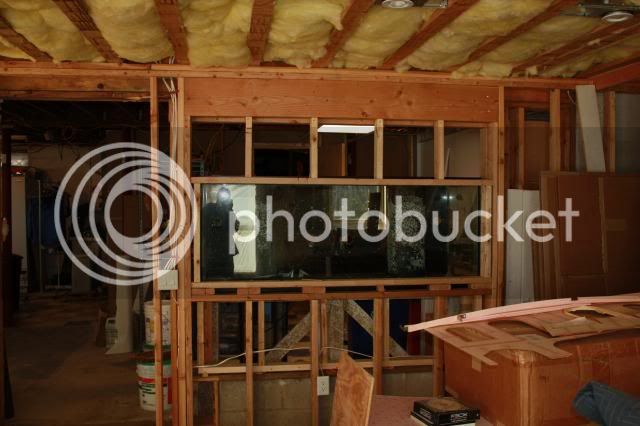 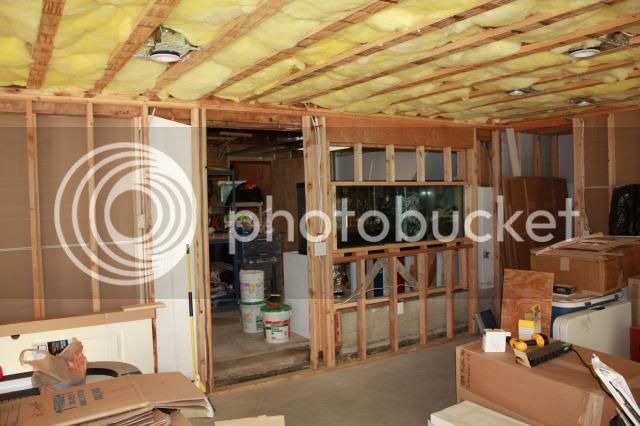 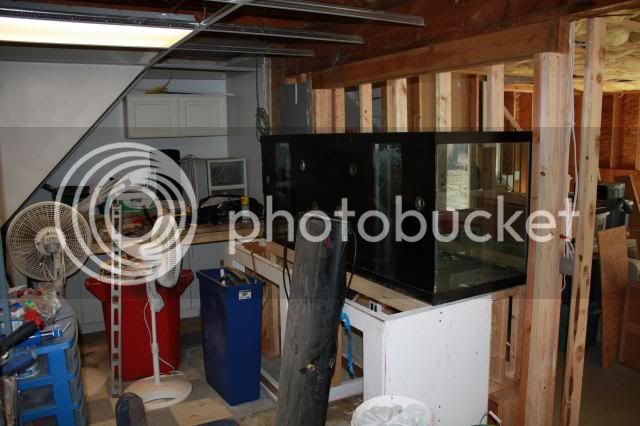 So, no more work on the tank until we get the basement sheetrocked and somewhat finished. Eventually there's going to be a bar in front of the tank, so the tank will be the backdrop to the bar. The area behind the tank will also get enclosed into a fishroom to house the QT tank, filtration, etc etc.
Expand signature
-Matt

This is an awesome idea and great thread. I cannot wait to see the updates.

Well...it's only been 6 years, but I'm finally getting back on board with this build. There have been a lot of changes...mostly two new kids in the house. So, the room that the tank is in, is now my oldest daughter's room. So the tank will be set up to be viewable from both sides - from the basement rec room, and from inside her room. I need to get some sort of curtain up across the back for her when she's in there. The original plan for this tank was going to be a reef, but that's been changed around somewhat and I'm going with fw, low tech planted. Not sure what kind of fish I'm going to do, but recently I've been leaning toward doing natives. I've never done them before so it would be something new and interesting.

I went out yesterday and collected some sand, gravel and rocks from a local riverbed. Got it all rinsed off and into the tank on top of some eggcrate plastic to protect the glass. I'm letting the water clean up, then I'll start positioning some driftwood which I also gathered locally. The water had cleared up substantially by this morning. 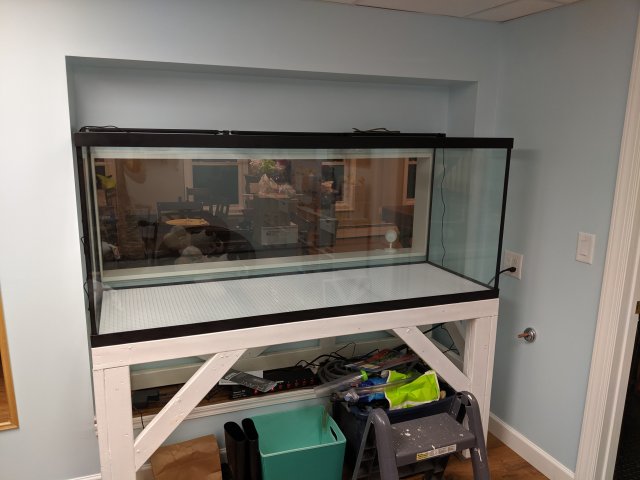 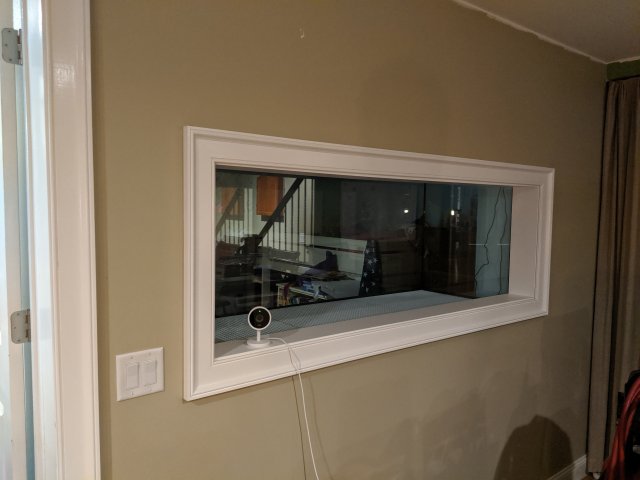 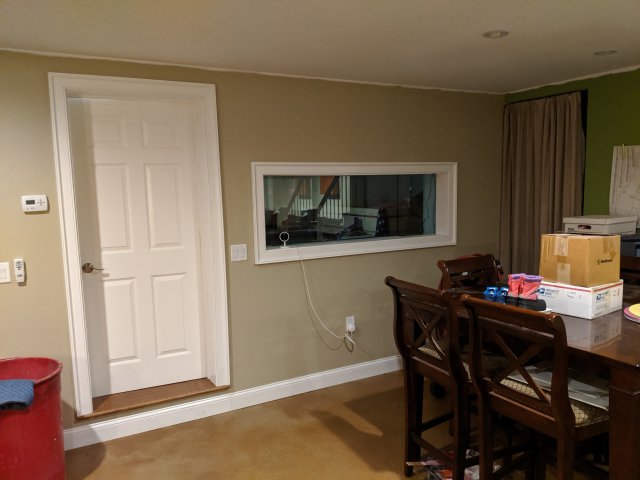 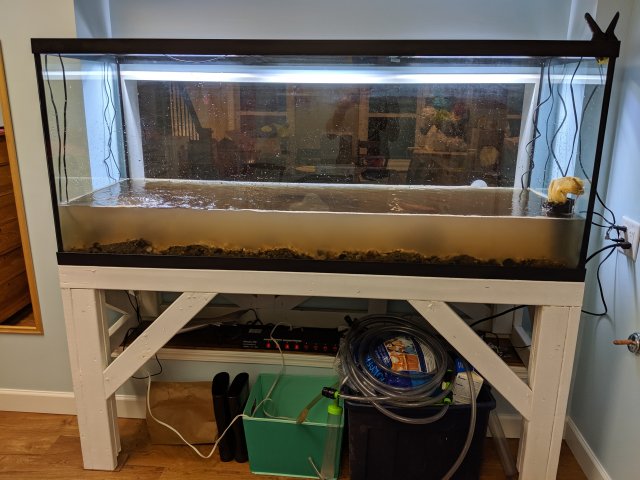 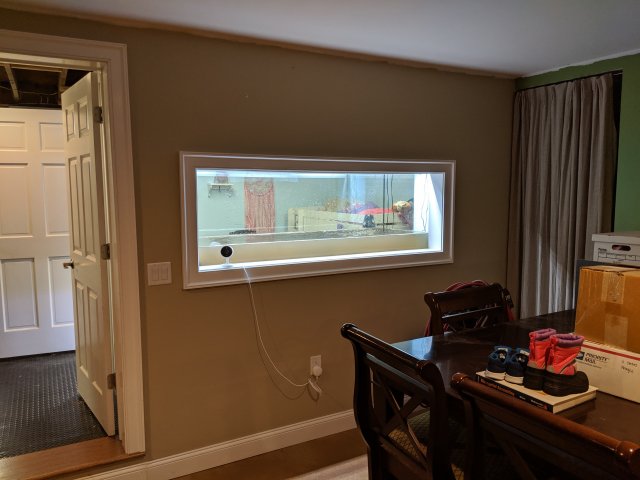 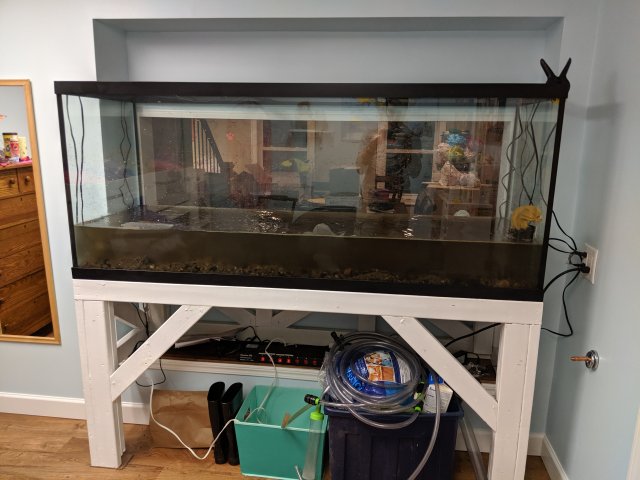 One major change - I ditched the drilled tank with the internal overflows for a standard tank. The old one was a piece of junk - it had extra holes drilled all over the place and some serious chipping along several edges. Part of what drove that was to improve viewing from both sides. I'll have to get creative with the equipment and wires because everything will have to go over the sides to leave a clear view from the back.
Expand signature
-Matt

Wow, that looks completely different now. Does you daughter have any specific species she likes? Or can you steer her toward your preferences? I'd like a bunch of dennisoni barbs, pearl gouramis & a big group or 2 of loaches, lol. But that's me So many options in a big tank!

No she's pretty open to whatever, and she splits her time between our house and her mom, so she's only here every other weekend. She had a 20gal tank that she picked out angelfish, cherry barbs and some cories for. We are down to the last two cherry barbs, so they might relocate into this tank so I can shut down the little one. She does enjoy fishing and being outside by the water so if we decide to do natives she'll probably help me with collecting them
Expand signature
-Matt

My vote goes to native fish as well, and weather loaches. Your daughter will never want another fish. Promise...
Unless it is a very warm basement. Then I would go with tropical fish.

the loach said:
My vote goes to native fish as well, and weather loaches. Your daughter will never want another fish. Promise...
Unless it is a very warm basement. Then I would go with tropical fish.
Click to expand...

No, it stays in the mid- 70s in the summer and gets down to the high 50s/low 60s in the winter. I'll probably heat the tank to 65 or so in the winter since the plan was for the tank to be the heat source for the bedroom.
Expand signature
-Matt