we were rather noob to start with major regrets now. We did the cycle put in our fish all was great. Thennn we went and purchased plants from pet stock which had worm eggs in them, a few weeks later full infestation

now we just can’t get rid of those ones. They are not the only issue, again pet stock I saw a beautiful angel but noob me had no clue what the red spikes were

The store worker said oh that’s fine it’s nothing, they went away I thought nothing of it. 4 months later ALL MY FISH HAVE CAMALLANUS WORMS

that’s over 20 fish. I used everything on the market for fish nothing worked until I found skies Big-L pig and poultry wormer. Hats off to this company as daunting as it was I had to try it. They fish would either die from the worms or the treatment it was getting that bad...

My tank is 292lts I used 30ml of bigL treatment mixed with some tank water then poured the mixture in, turned off the lights and removed the carbon.
Lights can increase the side effects of the treatment the carbon will remove the treatment.

For the first 3hrs I sat by the tank

I love them that much
I did turn the lights on and off just to check the worms and I saw them falling out of the fish at times.
I fed them high protein diet and also soak their food also in 0.5ml of treatment every 2nd day.

You must also note this treatment may kill any weak fish so say your goodbyes.

We lost 2 only a guppy and platy but still sad my poor babies.

Even after all this horror we love anything to do with aquariums, so much in fact we are now studying aquaculture, aquaponics, and aquarium management.

Thanks for listening any advice would be great or just share your experience.
F

Oh dear, camallanus worms are truly evil, I'm so sorry you're dealing with them.

What is the drug in your wormer? I've had limited success with flubendazole...but like you said weak or heavily infested fish won't likely survive. & your tank will need at least 2 or 3 treatments to get rid of eggs & any residual worms. I see you use litres so I'll assume you're in Canada or Europe...so I'm not sure what access to drugs you may have...
J 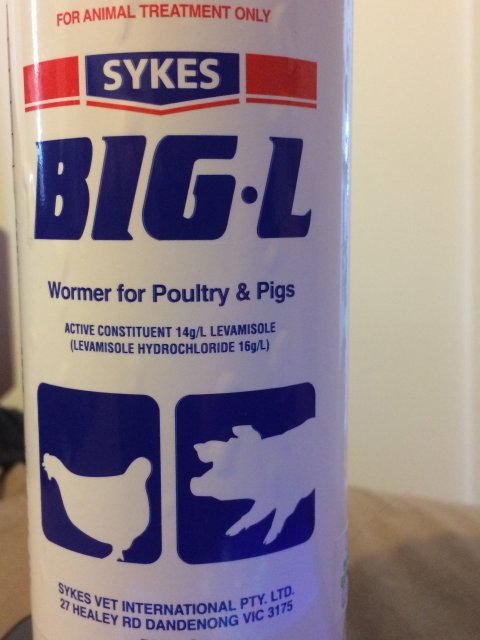 This is what I used and it worked awesomely. I’m in Australia sorry I’ve updated that now

Levamisole works fairly gently on fish but does NOT kill the eggs. It will need to be redosed every 2 weeks. I have used it several times ...but NOT for camallanus (well, maybe once, I think I've only had it once in almost 40 years thank goodness). Vacuum well in between doses as best you can to remove all that you can.

Good luck! & let us know how it's going, it's a tough long battle IME. My only? experience as I recall, was with them was with stiphodon gobies. I lost 4 of 5 I think...but luckily in was in a quarantine tank.
You must log in or register to reply here.
Share:
Facebook Twitter Reddit Pinterest Tumblr WhatsApp Email Link
Top Bottom