Question on changing gravel with established bacteria to cichlid sand. My 36 gallon bow with 8 adults and 7 juveniles recently went under a huge cleaning due to 6 weeks of deferred maintenance and tons of glass and rock surface algae. My Eheim 2217 was also down to a trickle so impeller was pulled and cleaned. Now in tip top shape (see pic below) and ready to put rocks back in and my new 3D background.

First, seems like a good time to change out my 3 year old black grand to cichlid sand. My biggest fear is that this is where most of the beneficial bacteria live (aside from filter). The filter media was also thoroughly rinsed so possibly some bacteria lost in that process.

1) Can the gravel be changed/replaced without losing all the beneficial bacteria?
2) Can I add sand with the tank already filled with water?
3) Any reasons for or against the sand vs existing gravel? 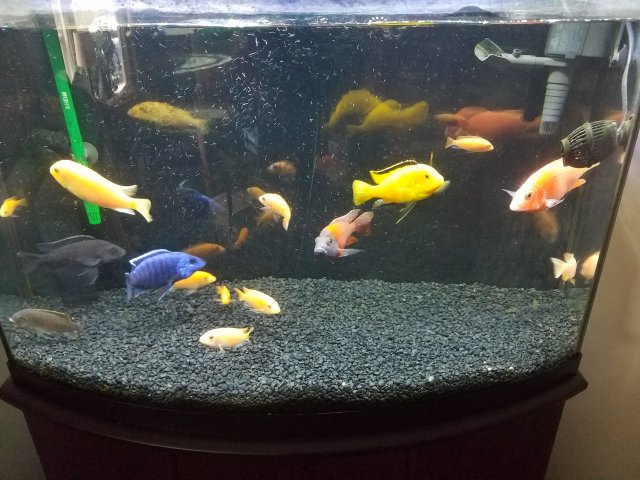 Can you post a picture of the 'cichlid sand'?
T

Likely going with CaribSea aragonite. Perhaps I can just beef up the tank with some Seachem Stability bacteria if end remove the old gravel. 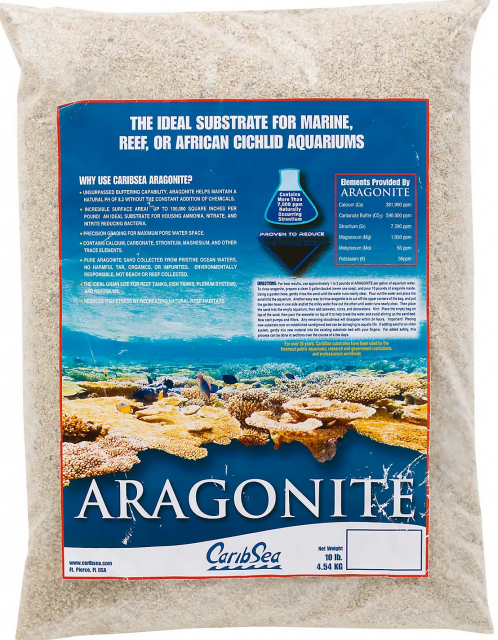 Pass on the Stability. iot contains nothing that will be in your tank in a matter of weeks or less. The nitrifying bacteria do not form spores, they reroduce via division. That mean they are alive or dead and nothing in between. (They can go dormant when threatened with a lack of what they need,). Other bacteria when threatened with death form spores which are sort of like eggs and which can wait a long time for the conditions to improve before they hatch. Stability contains no live bacteria, only spores. If you want to boos tyour bacteria I recommend Dr. Tim's One and Only or Safe Start by Tetra. They are close to the same thing. This should go into the tank after you swap the substrate. Turn off the tank lights for 24 hours after adding the bacteria.

However, the bacteria need a lot of things and one of the more important is oxygen. Since you have no plants in the substrate, there are only nitrifying bacteria in the first 1/2 to maybe 3/4 of an inch. Below that there is too little oxygen. You can likely put a bunch of your surface gravel into a bag and hang it in the tank, then change the rest for sand. Since the bacteria can reproduce in about 8-14 hours (ammonia ones are faster) losing 1/3 of them means they will be back for full strength in about 5 hours. And ammonia or nitrite will be small and gone faairly fast and should not be a threat. Since you just cleaned the filter I would consider waiting a week for any bacteria lost there to be replaced. After you make the move you can remove the bag of gra\vel in a few days. if you are worried take out 1/2 the gravel in about 3 days and the rest in another 3 days.
Expand signature
'Everyone is entitled to his own opinion, but not to his own facts." Daniel Patrick Moynihan
"The good thing about science is that it’s true whether or not you believe in it." Neil DeGrasse Tyson
"How do you make a cycle go faster? Pedal harder." A. Nonny Mouze
You must log in or register to reply here.
Share:
Facebook Twitter Reddit Pinterest Tumblr WhatsApp Email Link
Top Bottom