I'm looking to add a school of cories and Oto's to my 55 but as I have conditioned water, Hardness ratings are 1 and 3.

How Sensitive are these guys to soft water?

Are you saying you have a "salt" water softener? Corys & otos like soft water but not salty water. I "think" it's potassium chloride that is very expensive but safer for salt hating fish. Look that up...

Can you bypass the water softener? & what are your "natural" presoftener water parameters? Hard or salt...neither are those species preferences. pH is not an issue for you, they should be ok unless wild caughts....otos might be...corys less so unless an unusual species.

the water filtration uses Ionization method so not really salty per se.

You need to double check things because and ion-exchange water softener does normally add sodium (or potassium) to the water.

Water softening, as earlier mentioned, employs a filtration device, system, or appliance to remove the calcium and magnesium in hard water, making it soft. There are three general types of water softeners including:

It is the most common type of water softener and is well known for its domestic use. It replaces the metal ions of calcium and magnesium with sodium ions. Sodium ions do not possess the damaging effects that arise from using water filled with calcium or magnesium ions.

It is a device which possesses several shortcomings as it uses a mechanical filter to remove calcium. It is ineffective with water that has magnesium as it cannot remove the metal element. It, therefore, does not work particularly well with hard water. In other words, it is generally purposed for removing calcium from hard water.

The device allows water to pass through a semipermeable membrane which removes about 98% of impurities. It uses a considerable amount of water and is pretty expensive. However, it is very good at removing chemical impurities such as magnesium, calcium, and others. 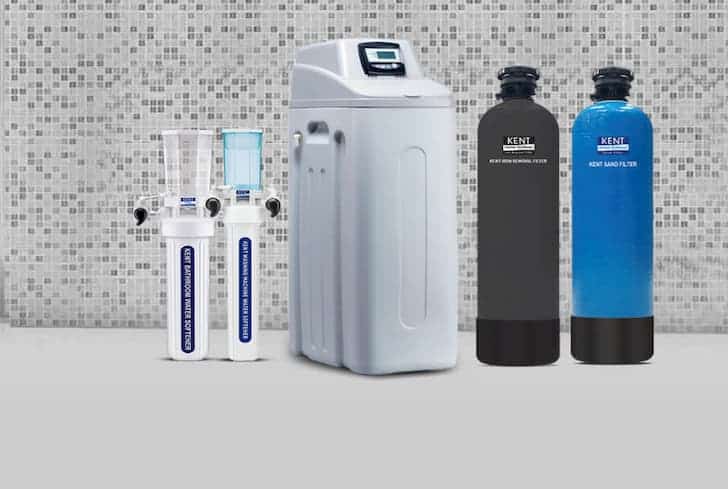 A water softener is typically a filtering agent or appliance meant to remove magnesium and calcium in the water. Here is more on water softening, why it should be used, how it works, and some of the advantages and disadvantages of water softening.

As mentioned one can have potassium chloride based softeners, but they are more expensive to use and they will still end up adding potassium to the water.

I have pretty soft (TDS in the low 80 ppm range) and neutral pH tap. But I keep altum angels and I need even softer and more acid water. To get this I mix ro/di (almost pure water) with my tap to get TDS in the 60 ppm range and a pH between 6.0 and 6.4.
Expand signature
Vlad the Butcher.
Killer of women, children and old men.
Reactions: TetraFreak
F

Congrats on the fry. I had acaras spawn regularly in quite hard water, no salt, every 4 weeks or even less. It was fun for a while, then we couldn't give away the few juvenile survivors in a community tank.

Otos are more difficult to spawn than most corys but that may not be a goal for you. Is this the same tank as the acaras? I might risk a school of larger more common corys (aeneus, paleatus etc) but probably not little otos. An ancistrus pleco (bristle nose) with lots of caves for it & the acaras might be a better bet than otos if you just want algae help in an interesting fish. BNs understand territories, I'm not sure otos do.

Acaras are pretty territorial especially when breeding. Corys don't seem to understand that concept. Acaras are not very aggressive compared to some cichlids but they will drive them off from the breeding cave & tiny fry...over & over. Females, although smaller, tend to be more defensive. Males lose interest in fry very soon & just want to breed again. Males may "forget" to spit out fry when cleaning or moving them after a week or so. Females are better parents for longer...but they will want to breed again too.

Good info on water softeners from 2tank. Again, I'll ask can you bypass the water softener & what are the "raw" water parameters before the softener? I'd skip otos like I said but maybe try farm raised more common corys. Keep in mind sometimes "wrong" water parameters won't kill intolerant fish outright but may shorten lifespans & not allow it breeding/egg hatching.

My F-I-L had a very high setting (salt?) on his softener. It made rinsing off soap & shampoo difficult. & I would imagine the higher salt level would be detrimental to many fish species. You may be able to adjust yours to the least but still effective level? I don't know...
Reactions: lauren connor
T

Thanks for the Water Softener Information.

I have a RainSoft EC-5 with a second Tank after the resin tank. I need to pull out my documentation to see what the other tank actually filters. I also have an RO/Alkaline Water filtration system under the kitchen sink but not enough flow for a 55 gal.

I found an explanation on the hardness scale that I can read with by bad eyes, the filtered water comes out as:
KH=53.4 ppm
GH=17.8 ppm
Expand signature
TetraFreak
-----------
55g Planted South American Community Biotope. 4 Giant Oto cats, 8 assorted Cories including Wild caught Kanei, Plus Panda, Julli, & Bronze. and a ton of Tetras including Glo-Lite, Colombians & Black Skirts.
F

Well, to put that into GDH (German Degrees of Hardness) it looks like KH 3, GH 1 for a different perspective. But you've also got a higher TDS (total dissolved solids) with the salt. Like I said before, it doesn't mean it's "bad", just something to consider especially with wild caught or sensitive species you may want to keep & breed.
T

The way my softener works is the resin chambers pull out all the dissolved solids, then the brine tank flushes our and re-generates the resin chambers taking all the bad stuff down the drain including most of the salt. the water does not filter through the salt like in the old style conditioners so it's a bit more aquarium friendly and at $9K for the system, it better be!
Expand signature
TetraFreak
-----------
55g Planted South American Community Biotope. 4 Giant Oto cats, 8 assorted Cories including Wild caught Kanei, Plus Panda, Julli, & Bronze. and a ton of Tetras including Glo-Lite, Colombians & Black Skirts.
T

From the RO:
TDS=40
RO pressure sucks though so not practical for water changes and filling tanks.

Any suggestion for a hose based filter that will remove salts and other TDS from a soft water system?