Help to identify a problem

I am trying to nurture back a birdsnest coral from a tiny spec. It has been doing OK so far, but there is something growing around it that seems to suffocate it. I need help identifying what it is.
There seem to be at least two problems. One, grows on the base of the coral and the rock it is attached to. It looks and feels like cyano, but only grows around the coral and there is plenty of flow there. It is dark red, almost purple-brown color. No bubbles are trapped in it and can be scraped off almost as easily as cyano. It grows back in a couple days.
The other problem started from the tips of the coral. Something attached itself and started growing. I scraped it off several times only to make it worse, maybe because I damaged some coral tissue and the thing manifested itself to a bigger area. 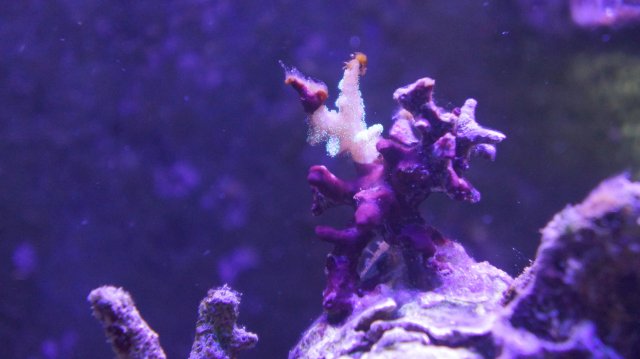 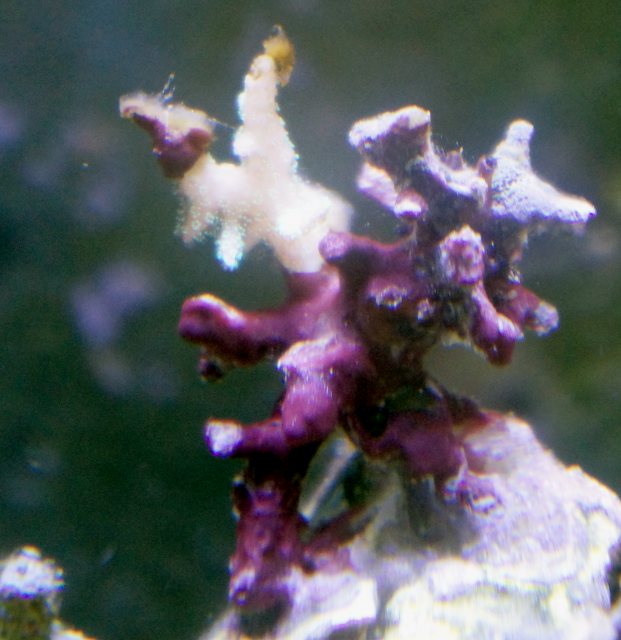 There is another problem that is not related to the coral. These trees remind me little bushes that I have a hard time blowing off with a turkey buster. The things seem to be a normal thing in the aquarium, but are ugly and i want to reduce the amount i have. Is there any removal method other than scraping them off?

I believe what you have in both cases is a mixture of algae and sponge. I would take out the birds nest and frag off the top and bottom and cut just a smidgen into the healthy portion on both ends. You can try taking some narrow tubing and scrape/siphon out the trees.
Expand signature
SG = 1.024-6; Alkalinity 8.3-9.3 dKH; Calcium 420; Magnesium 1300; Temp = 76 to 80; pH = 7.9-8.3. Alkalinity and calcium are dependent on Mg.