Hi all!
Been awhile since I've posted anything but got back into the aquariums about a year ago and I have a question. I have a 10 gallon I brought home from work that am trying to make it a shrimp, snail tank. It's been running 3 weeks, when setting up I had the filter from when it was set up at work and added some water from my 20 gallon. The ammonia and nitrites are at 0 but the nitrates are high..up around 20..to be honest I don't see much difference in color between 10 and 20. The water always tested fine at work, 0 ammonia, nitrites and 5 or so nitrates. I had neons and snails in the tank at work, put them in my big tank. I had 2 amano shrimp in the 10 gallon, the small one died but the big one is doing fine and have 2 zebra nerites in there also. I tested the water coming out of my faucet yesterday and it was almost as high as the water out of the tank! I checked the expiration date on the test kit..API Master Kit...and it is good until 2020. Can something still be wrong with the nitrate test, can it go bad? I bought it off Ebay, thought it was new but when I got it, it was opened already.
Thanks!
Sherry
Reactions: Warrior-Lady

What exact readings on your tap and tank? And did the tap pH sample sit out overnight in a shallow dish to gas off?
Expand signature
Bob

Sherry, Make sure you're performing the nitrate test properly. You have to shake the heck out of bottle #2 before using it, shake the completed test tube for at least one minute, then let the competed test tube sit for 5min before reading it. Super common for the test not to be done properly. 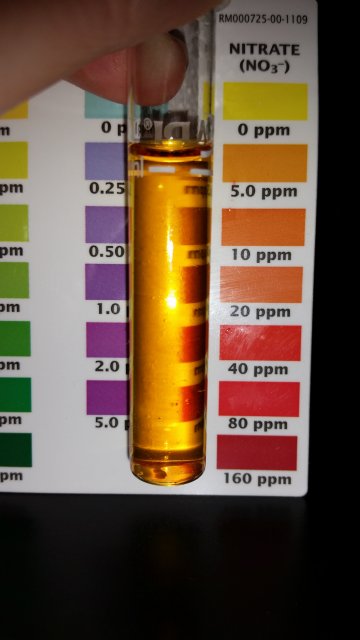 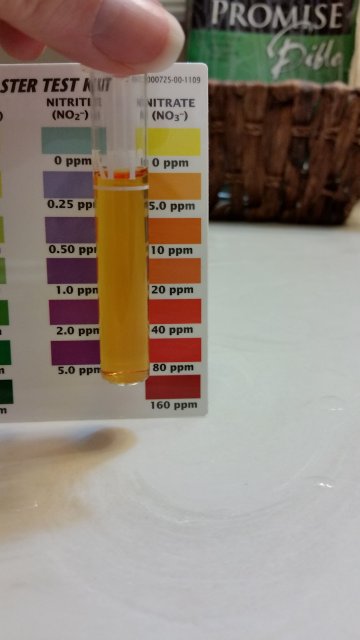 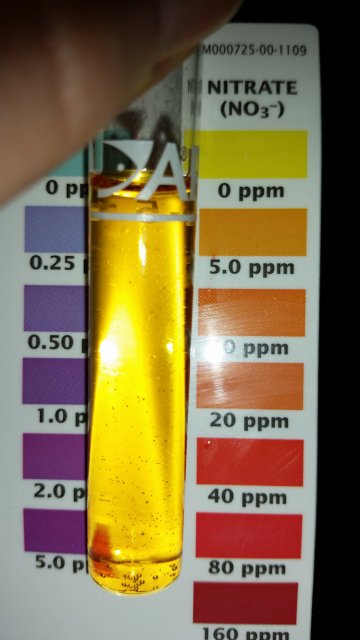 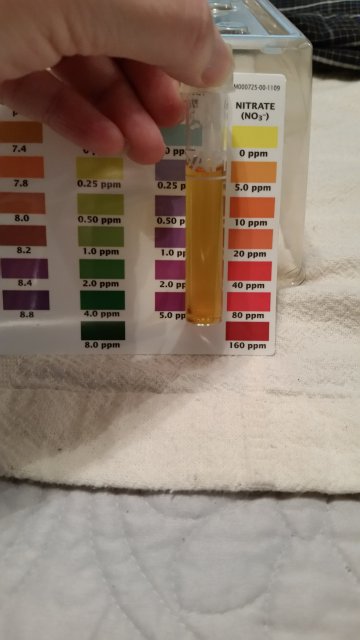 First 2 are of the tank water and last 2 of tap water. Seems ok today, maybe I was doing something wrong yesterday?
Reactions: Warrior-Lady

As Joel noted, the nitrate test is most often the one to be off. I think the instructions are way off. The first LONG tremendous shake needed, is the bottle of both reagents BEFORE testing. Then definitely do not cheat on testing required shaking for the test. READ at the exact time noted and make the call.
Expand signature
Bob

Most liquid test kits usually require around two to three steps. First, you have to place a bit of testing medium in the included vial. Next, using the included dropper, put the required amount of the water to test into the vial. Swirl it around a bit for a minute or two, or until the water changes color. Finally, compare the color of the water against the chart included with the test kit. The color that is the closest match to the water is the approximate nitrate level in the water.

Hi Sherry, those are fine both 5 excellent readings, my tanks always at 20ppm, some fish can take up to 40 and still be ok, although it is recommended 20 or lower.

I test mine like this as i find it better to look across at. 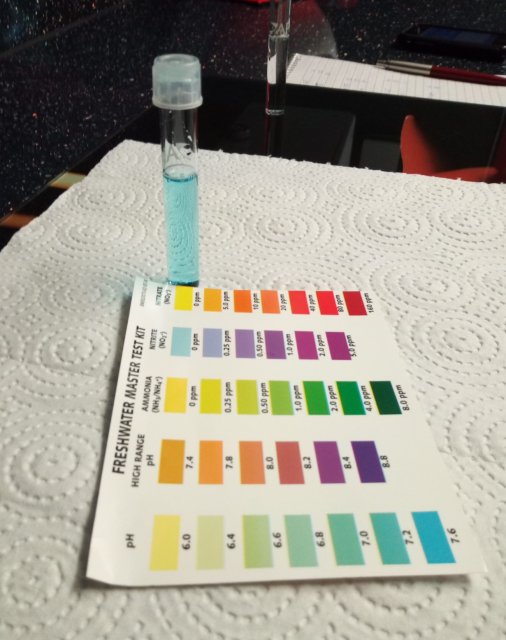