I’ve had a few tanks in the past, at one point had a 5’ tanganyikan with baby f1 frontosa! They were stunning fish. Was into shelldwellers for quite a while too, had similis and multis.

Now though since I moved into this house I’ve just been running a little 60litre Orca tank. It’s got a built in filter system at the back 4” depth of the tank run by a powerhead which is actually pretty good.

(I think so anyway, not seen that one for a while!) two lovely bamboo shrimp and my most favourite .... three giant African / vampire shrimp.

I’m in the process of resealing a Juwel Vision 180 and setting that up with an external filter and a more natural brown/black coarse sand substrate. I’ll be looking to plant it moderately.

After guidance from Dudley I’m going to be making my own LED strip lighting - I’ll be sandwiching the strips between sealed acrylic panels.

When the CV19 situation calms down I’d really like to turn the 60litre tank into some kind of cichlid tank.

Here’s a picture of the little freshwater tank! 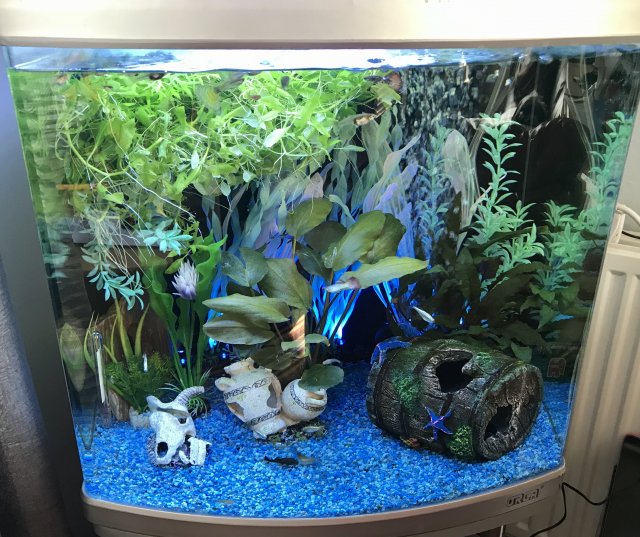 Reactions: the loach and CichlidFins
D

I don't remember suggesting sealing LED strips in between acrylic panels but if I did, please do NOT. Even though LED's emit less heat than other types of fixtures, they still need to be exposed to the air otherwise they will fail more quickly.

We used the LED on a roll type and fastened them to thin boards elevated above the aquarium surface. Some failed after a couple years so we ended up adding a thin strip of aluminum mounted to the board and then attached the LED tape to the aluminum. We also found that the LED on a roll that was enclosed in a waterproof covering failed quicker than the one without the waterproof covering.
Expand signature
Dee

Ahh, no you didn’t - I was just thinking of keeping condensation out - I’ve ordered the supposedly waterproof roll so I won’t enclose them. Thanks!

Good to have you here.
Be aware that bamboo/vampire shrimp aren't really suited to standard aquaria because they are filter feeders, you need to feed powdered food at the outlet of the filter and supply them with green water.

They’ve shed several times since being here so appear to growing well. Thanks

Well a Buffalo Bob and Clarabelle to you. 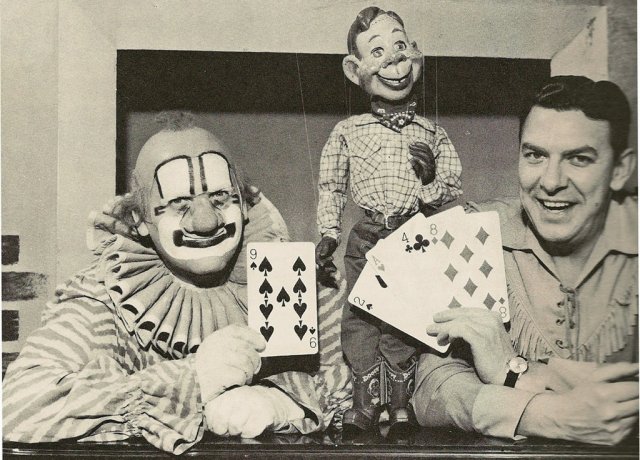 Expand signature
'Everyone is entitled to his own opinion, but not to his own facts." Daniel Patrick Moynihan
"The good thing about science is that it’s true whether or not you believe in it." Neil DeGrasse Tyson
"We already have plenty of youth, what we need is a fountain of smart." Unknown
Reactions: Sunlight and Linconooni

it’s been a fair task but resealed the tank, got it inside the house, started to build it, and tonight completed the final steps of finishing some plants, got a new heater, transferred the filter media into the canister filter and finally moved the fish...

It took quite an effort to catch all those little tiddlers I can tell you!!

anyway... here’s a picture of the tank 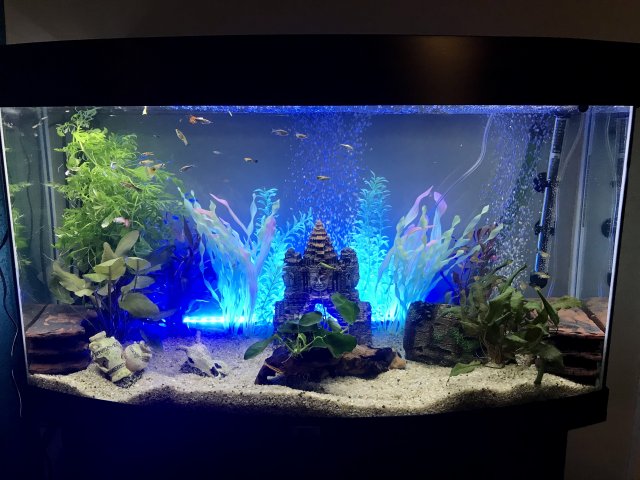 Linconooni said:
They’ve shed several times since being here so appear to growing well. Thanks