Could someone please id this cichlid that I was told was rare, worth alot, and from madagascar. This site is really the only one I trust anymore. 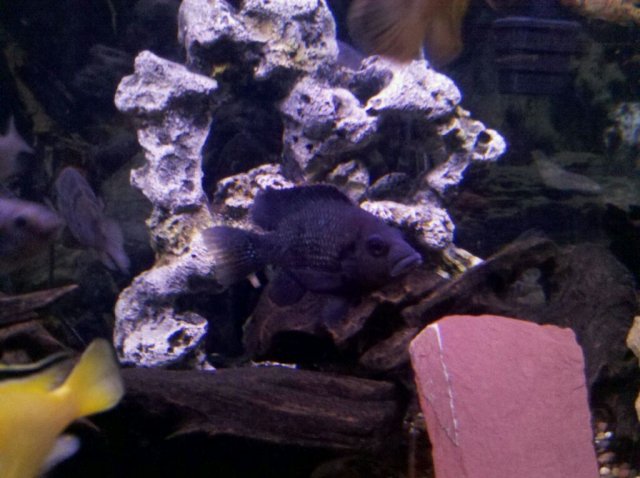 Is he "speckled" on the sies or is that just a reflection of light on his scales? The angle of this particular picture is such that it could be either.....

That is a reflection of the light, his scales are a greenish blue in color.

I see this thread is old, but was never answered.
The cichlid looks to belong to the genus Ptychochromis (maybe oligacanthus) 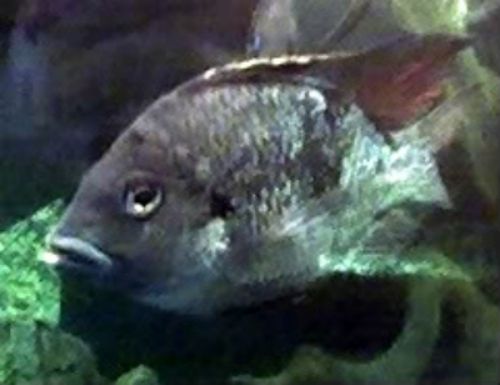 There are a number of species in the genus that are very similar in appearance, and may be simply "location variants", but some valid species.
I just had a spawn from Ptychochromis sp "tarantsy a few weeks ago, 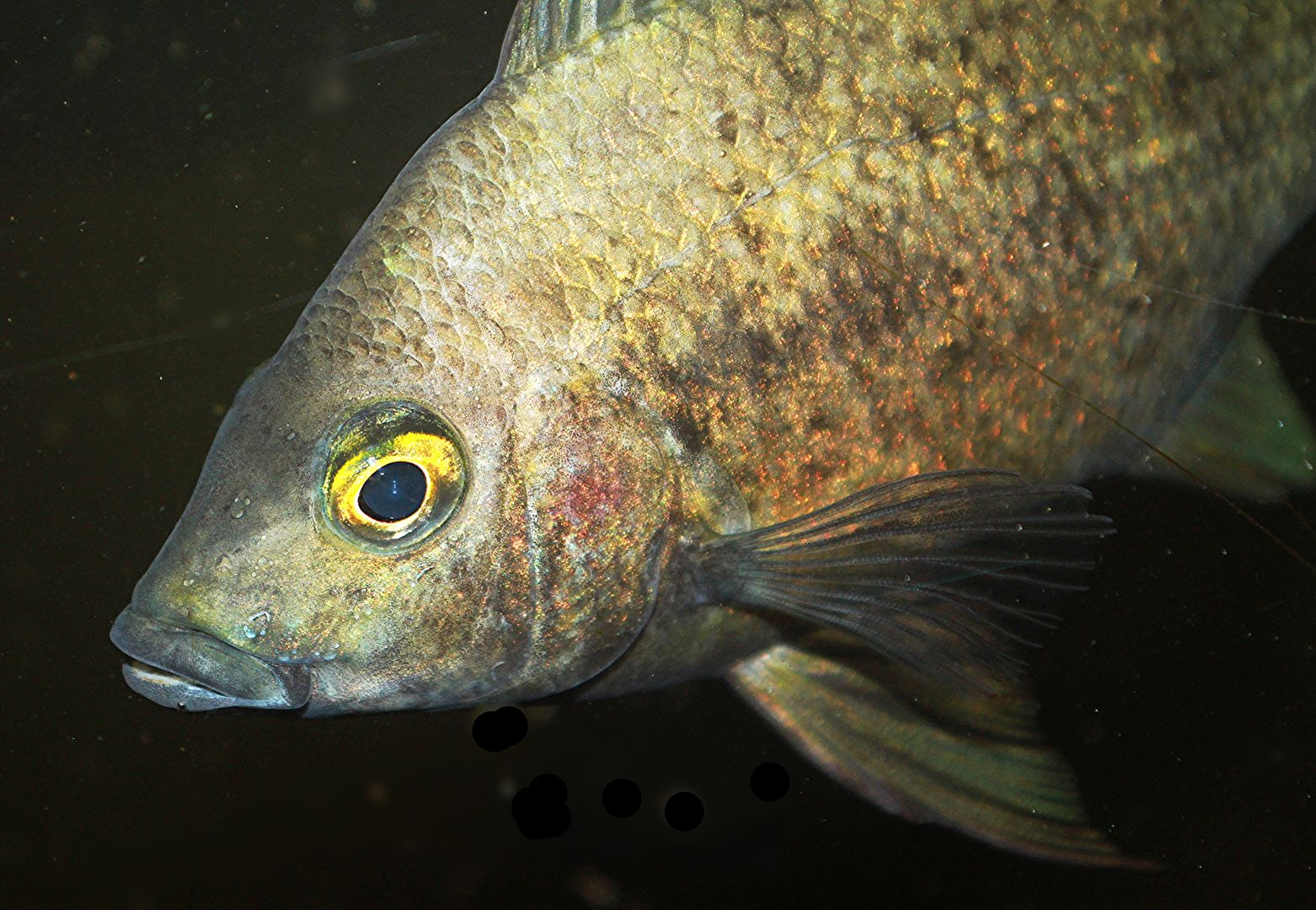 the species (variant)is not quite as dark and has a more mottled appearance, and yellow markings when in spawning dress. 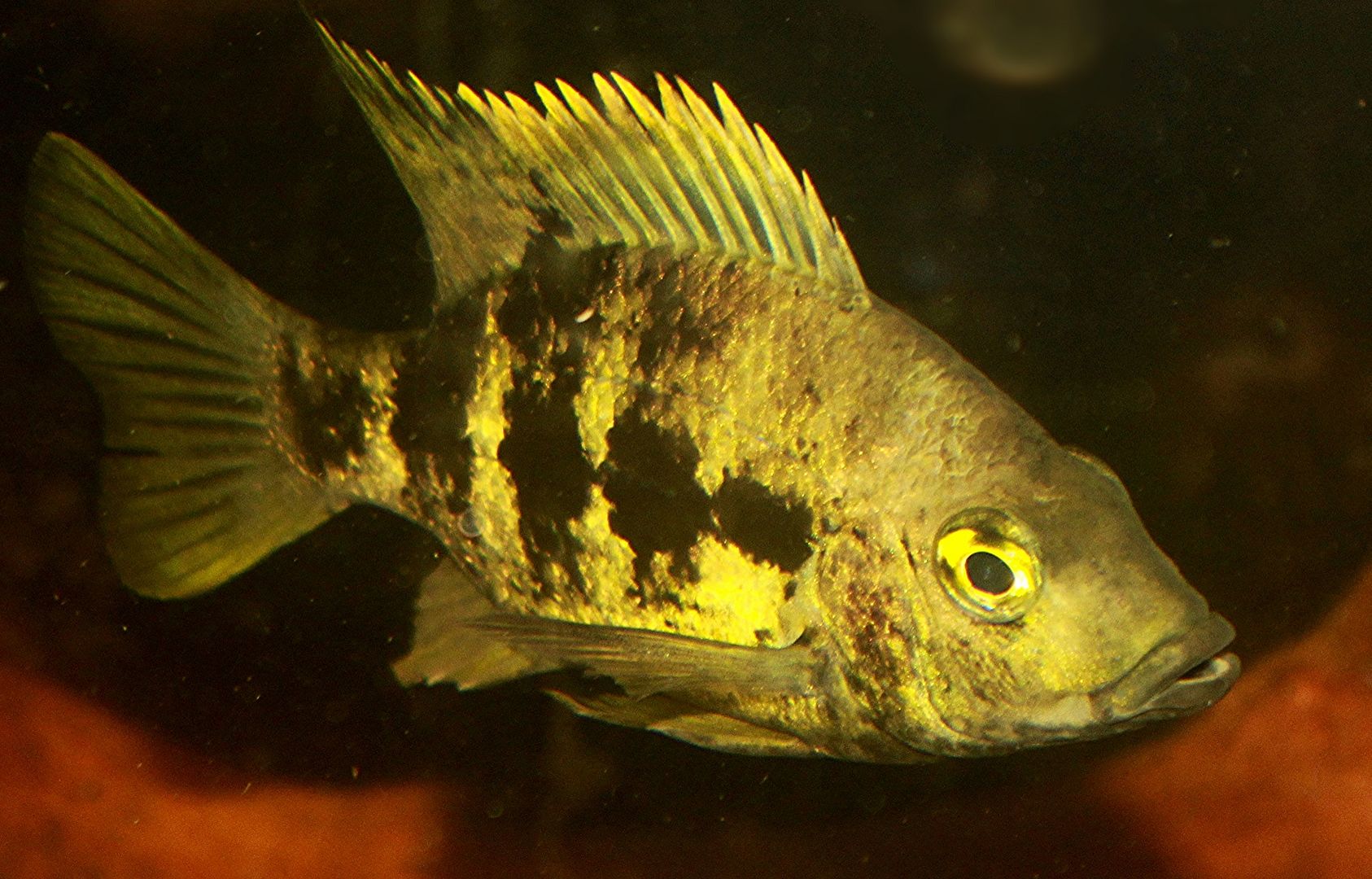 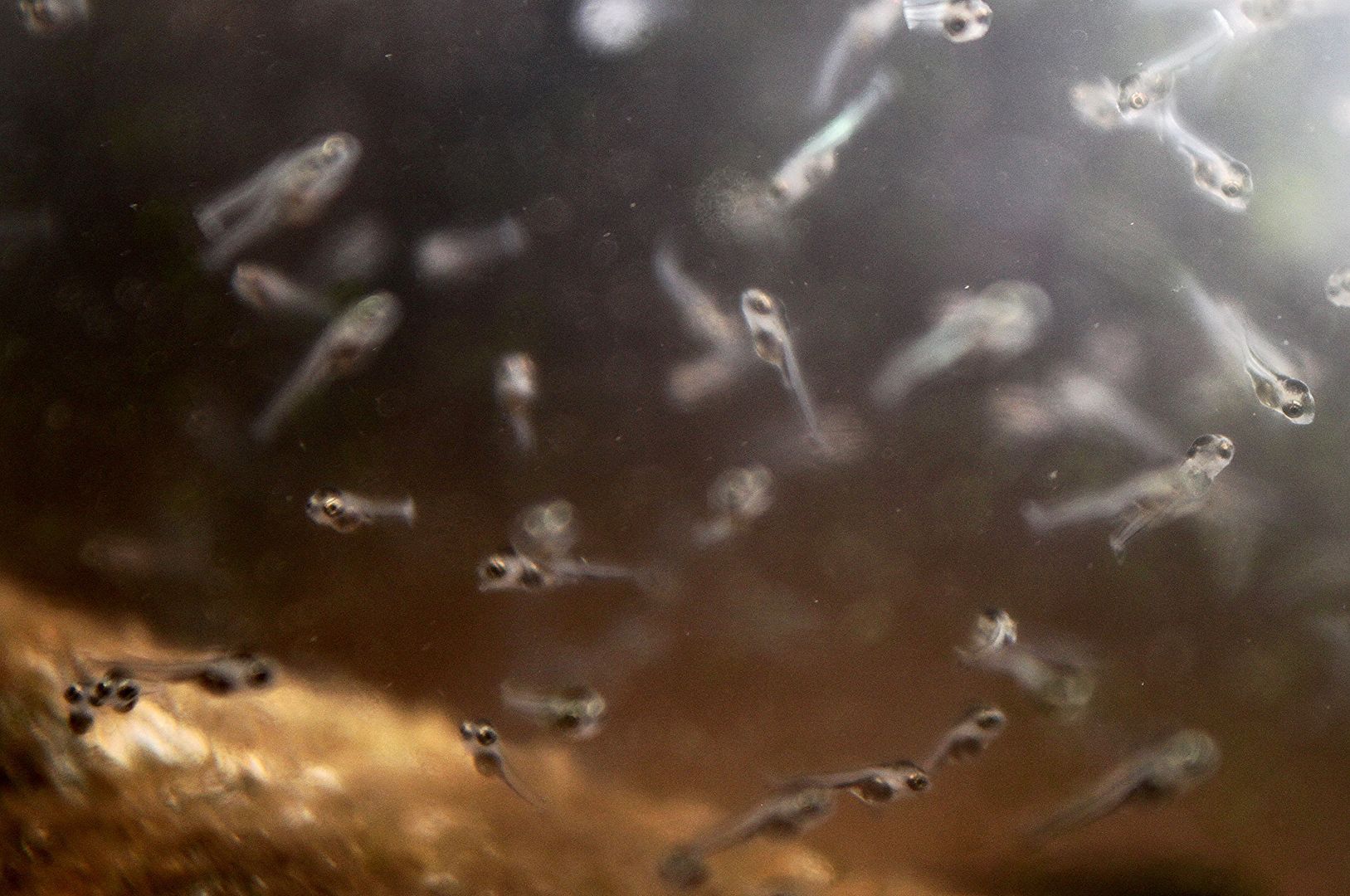 below is a female P oligacanthus with fry I had back in the 90s, before I had a real camera 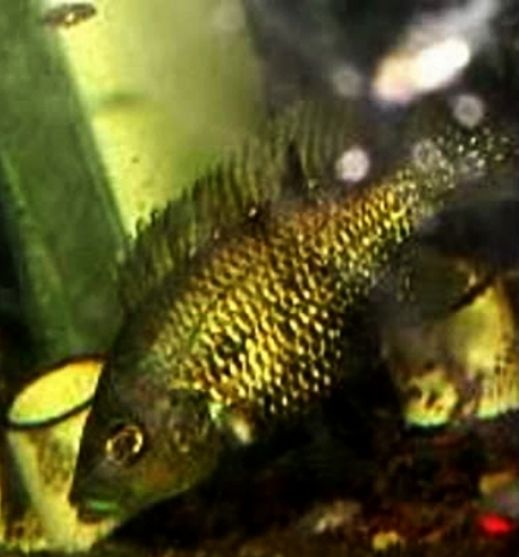 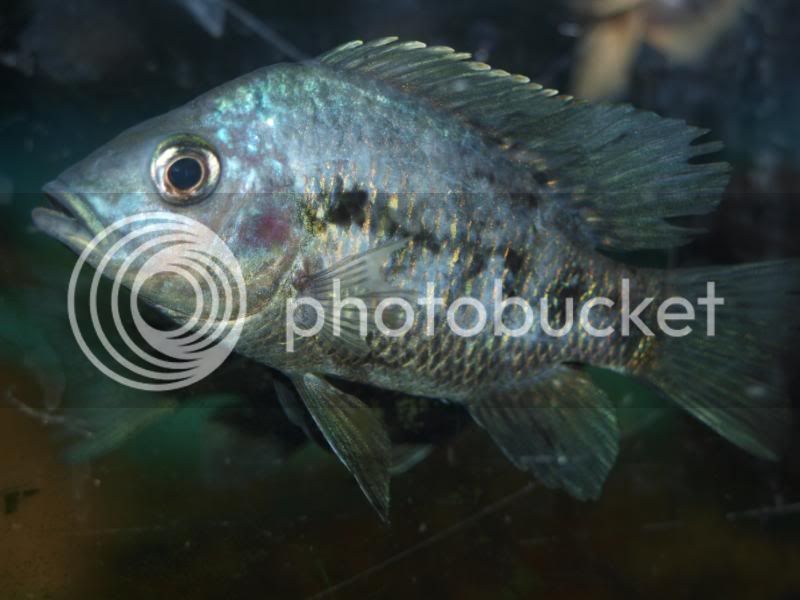 According to Nourisatt and de Rham, there are at least 9 different location variants of Ptychochromis, that range from silver to bright yellow.
The Nosy be island populations seem to be the most blue, but the intensity of blue varies, depending on which crater lake on the island they come from.
You must log in or register to reply here.
Share:
Facebook Twitter Reddit Pinterest Tumblr WhatsApp Email Link
Top Bottom