I've had this Anubias for a little over a year and it has over grown its home. Its currently in my 55 gallon acidic tank. Water temp sits about 82 and ph is 5.5. I was wondering if anybody has had luck with large plant acclimation to brackish. Change would be 5.5-7.8 and roughly 1.003 specific gravity. Could possibly be over a few months time. Should I go for it or will this change be to much? 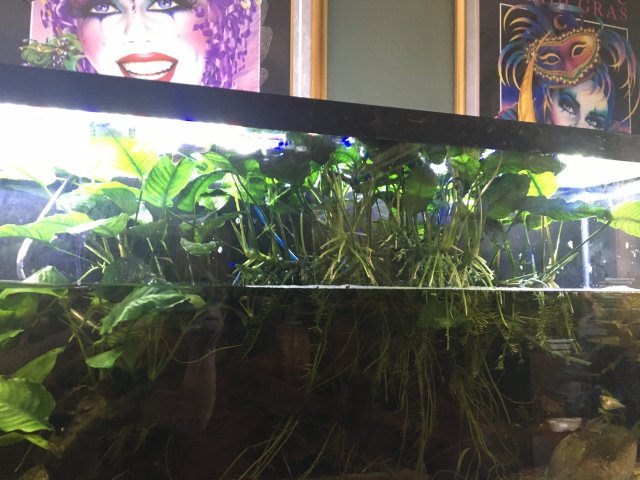 I'm less concerned about the difference in water than I am about differences in lighting. Slow growing plants like anubius are particularly at risk for having issues with lighting change when you move them. The reason is that the leaves grow with the light handling capacity for the spot they are in.

To simply explain it I'll go with two light levels. High and low. A leaf grown in high light, such as one that is right up against the light source has a metabolic setup to deal with that light and not get over driven and burn. If you move it to low light it now doesn't have the energy intake sufficient to deal with the higher energy cost high light system it has and the leaf declines in health and dies. In contrast the leaf grown in low light moved to a higher light location is now over driven and is at risk of getting burned. This may be slight or severe depending on how much over what the leaf was set up to deal with. When the leaf is young that setup is changeable, but does get set in and after a point can't be changed.

If you have similar lighting and place them in a similar location in the new tank my guess is that they will do ok even if you dump them in from one to the other. Change the light on them to much though and you won't like how much of the growth has to be replaced because it can't deal with the new light levels.

The secondary issue is that nutrients have different availabilities at different ph levels. The fertilization profile that worked in the acidic tank might have to be adjusted for the higher ph.
Expand signature

Currently the plant is growing under two cheap Finnex Stingrays. I was going to use them on the other tank but being as its 30" vs the 24" I figured I would need to add something. I wanted to run the two lights length wise and add 2 t5s length wise. It would be moving to a 250.
W

Figured I might need to update. Plant took very well and since this picture I have removed one light. 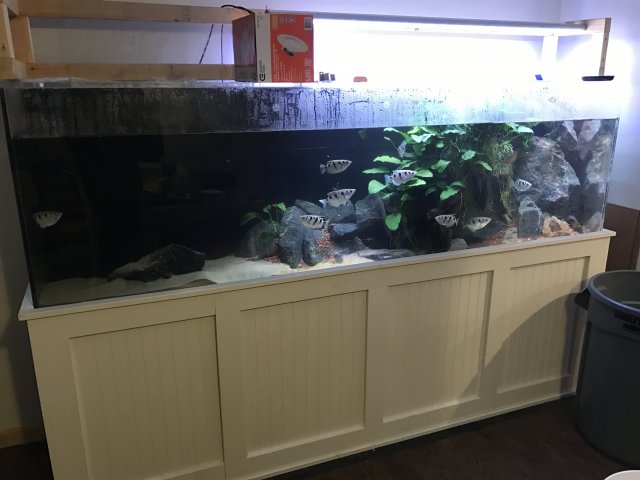