Hi,
A week and a half ago, I bought a small RBTA. At the LFS, they were in the separate propagation/grow-out tank. The guy at the LFS said that the Anemones were not ready to go yet, but he would let me have one. The one I got was attached to the glass. I was so exited that I did not look close at it and grabbed it.
At home, I floated the bag in the sump for about 30 min and then drip acclimated it for another 3 hours. I noticed that its mouth was off centered and close to the edge. The mouth was slightly open. In the tank, it would not attach to anything for about the first 30 min. I had to turn the power heads off until it was stuck to the rock.
It stayed on the rock during the day and moved at night. It was open most of the time and ballooned up when it wanted to move. Unfortunately, it did not react to any contact or food. I let it be and monitored it to make sure it does not end up in a powerhead.
A couple days ago, it found a crevice in a rock and have been staying there until now. Yesterday night I tried feeding it and it reacted to food, but did not seem to consume it. It would loose the food. I could not see the mouth, it was somewhere hidden in the crevice.
I am concerned the Anemone might not get enough light to where it is now. Even though it seems to be improving, it does not eat. Do you have any suggestions? :help2: 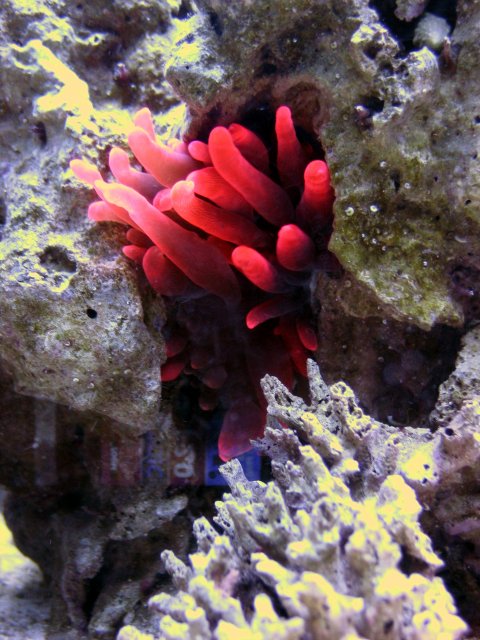 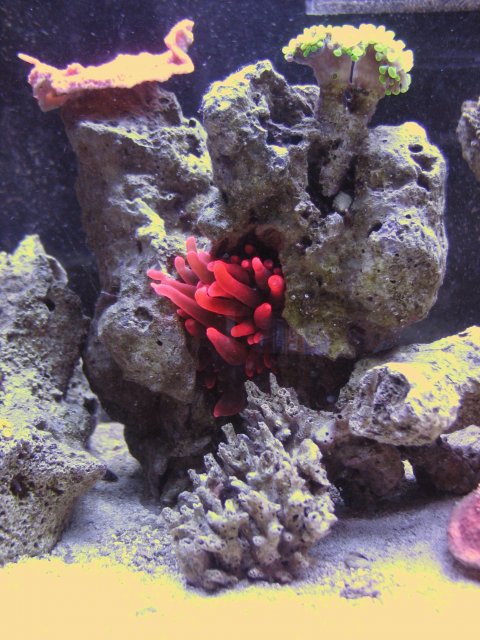 I'd give it more time. From the description of where the mouth is located, it sounds to me like it may have been cut recently and is still healing. It doesn't look bleached from your pix, so I wouldn't push the issue too much with feeding at this point and simply allow it to continue healing.

I agree, it looks ok to me and I would also just give it time and let it heal and grow. If it wants more light it will move on its own in order to do so, so I wouldn't worry about that.

Agreed. Don't try to relocate the anemone or do much of anything right now. Allow it to settle and heal a bit more. Patience is a virtue in the meantime.

How long do you think it will take to heal? It looks like it is streaching out to get more light.
Pics later in the day: 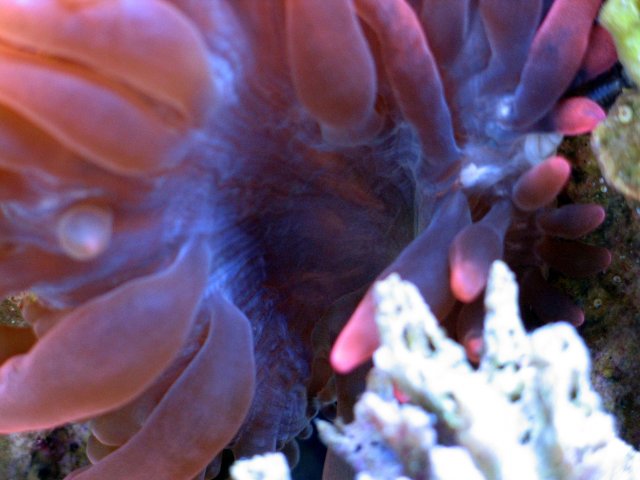 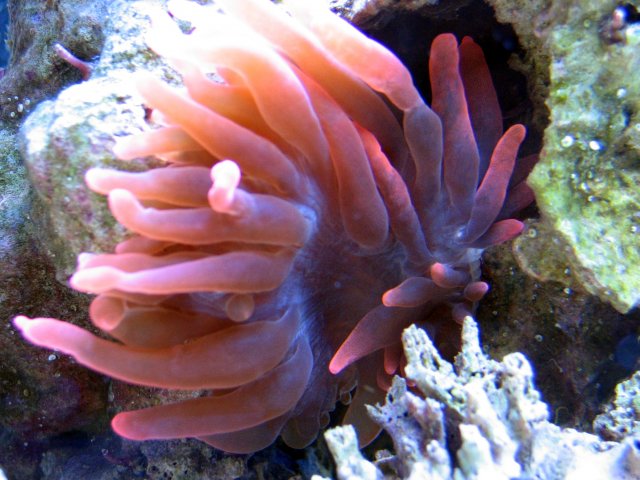 Looks fairly typical of a split, manually or not. What kind of lighting do you have?

Okay, lighting is alright, though I normally recommend either a daylight lamp or another higher PAR blue lamp in place of one of those actinics. What you have is still sufficient, however. Well, as everyone said before, sit tight, observe, and be patient--it should reward you.

Thank you everyone. I will post when something is changed.

I managed to take a couple pics closer to were the mouth is. Let me know what you think... 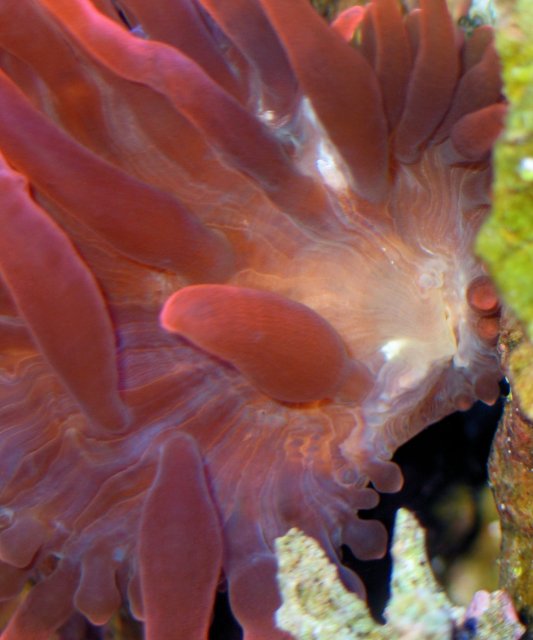 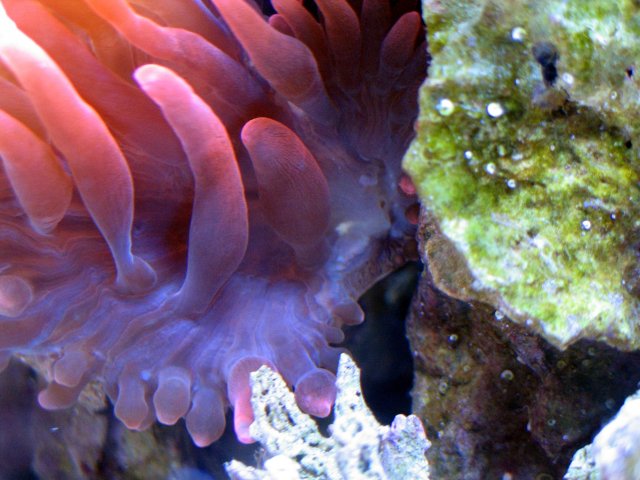 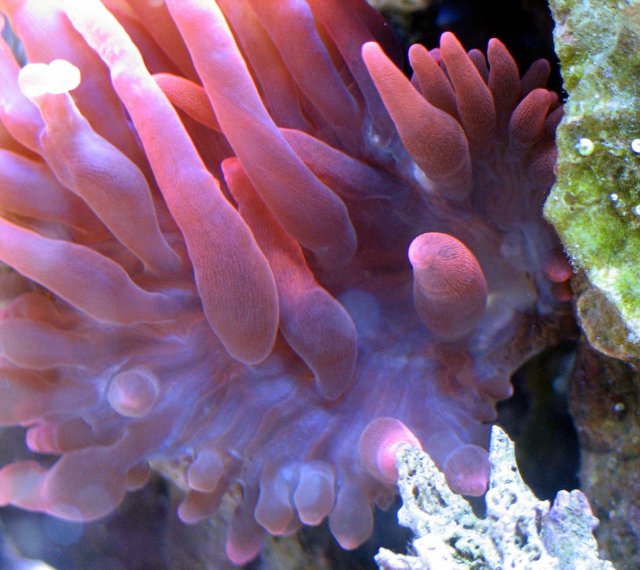