I just did a full water change in my tank to clean out an extremely persistent form of of brown algae. Now two of my goldfish are covered in a thin white film, and they seem a bit less energetic than usual. My other two goldfish and my pleco are behaving like normal. I’ve done full changes before without any problem after, and I treated the water before I put them in. I tested the water and everything came back normal.

I used Algaefix from API to get rid of any remaining brown algae, could this film be because the algae had infected them as well?

If anyone has any insight or suggestions it would be greatly appreciated! 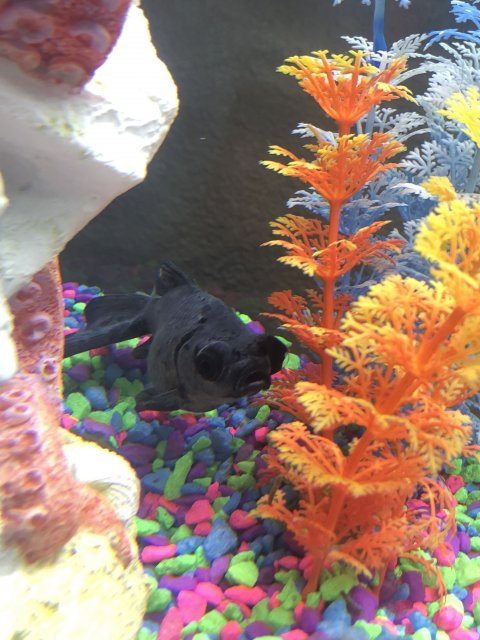 Do you have readings in PPM for ammonia, nitrite and nitrate? How often do you do water changes and how much do you change?

I'd skip any chemical adds to address algae problems. Usually reducing the amount of lights on time on the tank will stop it.

In regards to a film or slime layer on the fish, my oscar and severum will get kind of a film on them as I'm refilling their tank after their weekly fin-level water change. I use seachem prime or safe for a dechlor. It sheds off quickly as they zip around the tank upon refill.
Expand signature
75g Tiger oscar and green severum.
55g Community tank w/ plants.
29g Community tank w/plants.
10g Red cherry shrimp w/plants.
Plants: java fern&moss, anubias nana, amazon sword, various crypts.
You must log in or register to reply here.
Share:
Facebook Twitter Reddit Pinterest Tumblr WhatsApp Email Link
Top Bottom