Lalo J.
Good to see you too!
I had a bad experiance with another forum so i decided to take a break. I'll be way less active now but im back!
Expand signature
Believe in and stand up for what is right.
Don't bend to oppressive and corrupt people
And don't forget to backup your reason for coming
Reactions: Lalo J.

I know I swap out stockings here and there to find what I like. I found one I am sticking to. The fish that were in the tank have a new home I’m taking them to soon.

currntly the tank has 4 Thai Calico Ranchu Goldfish. I added2 large sponge filters rated for 60 gallons each plus the AC 70. 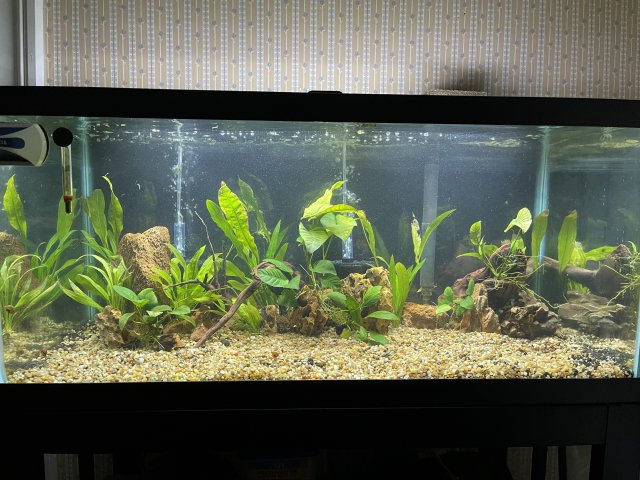 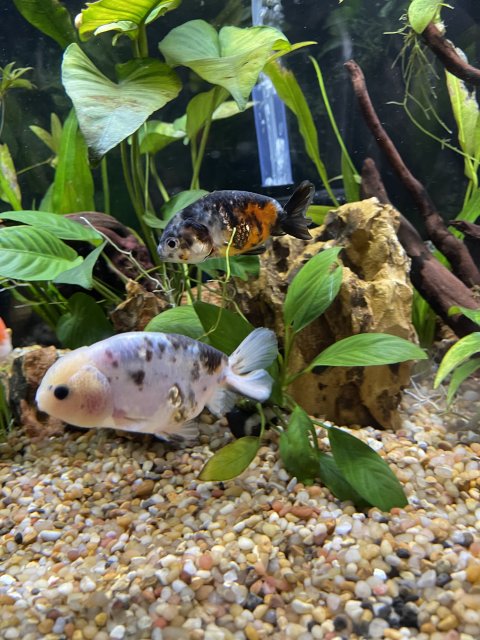 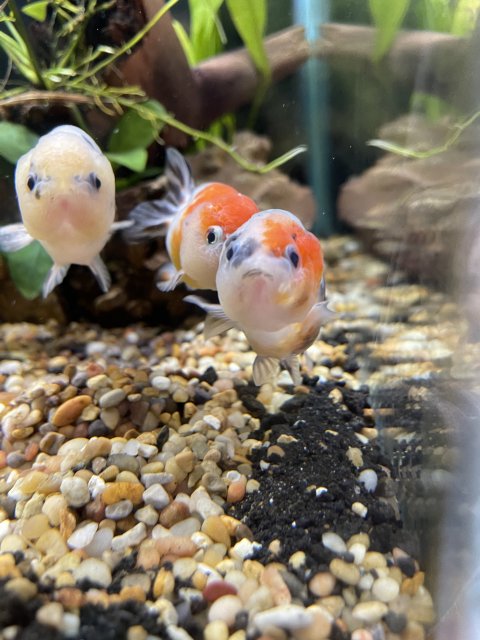 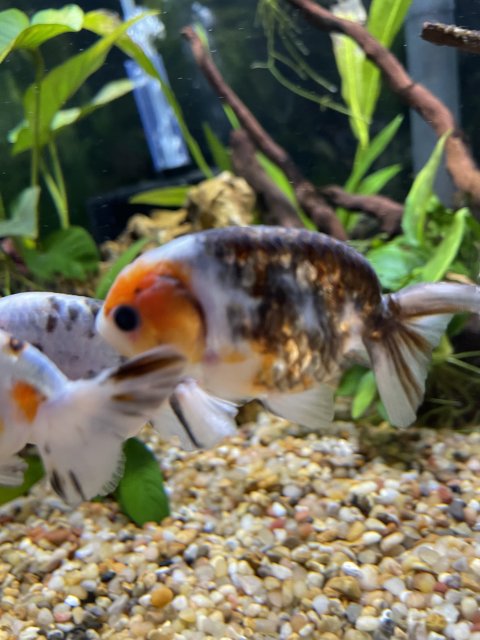 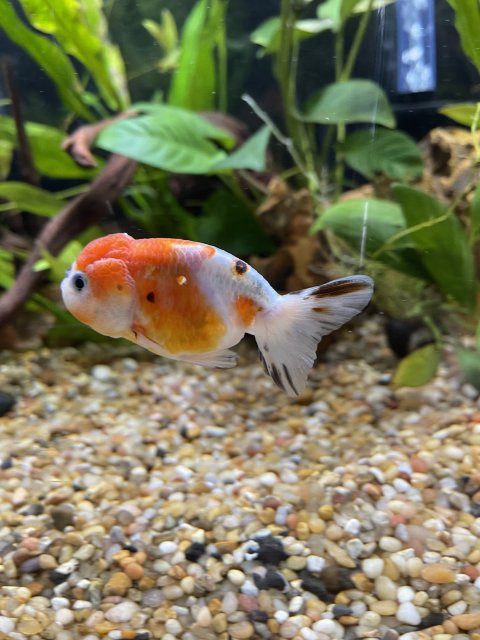 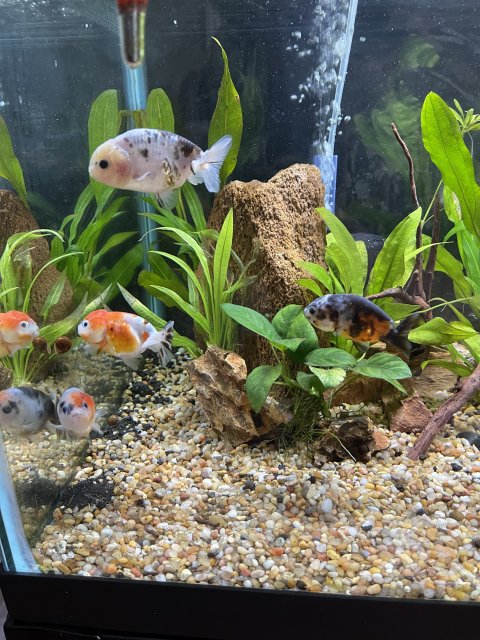 I'm not realy a goldy fan but yours & your tank look great! I espescially like the half & half faced 1...whatever that may be called...

Thank you! These guys are the most active goldfish I seen! Always on the move.

Here’s a picture of the tank with them looking for food. They hide out in the back in the rocks and plants when they are resting. It’s cute 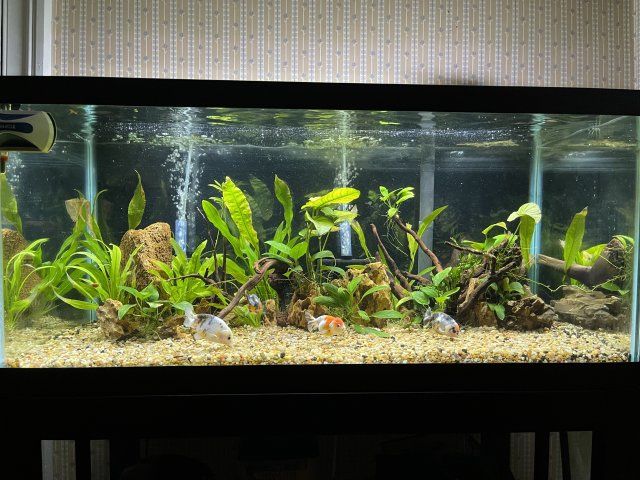 I unfortunately had lost 2 out of 4 of my Ranchus which caused me to become discouraged from keeping them. I took the remaining two to a local fish store I go to cause they have a decent selection and healthy fish. I ended up leaving with a gold nugget pleco.
I also got 4 black neons and 3 zebra loaches. The neons were to add to the 9 I had temporarily in my 10 gallon tank. Thought they would be happier in the 40. Put the heater back in.
I decided on trying out another Sorority tank but with giant females. 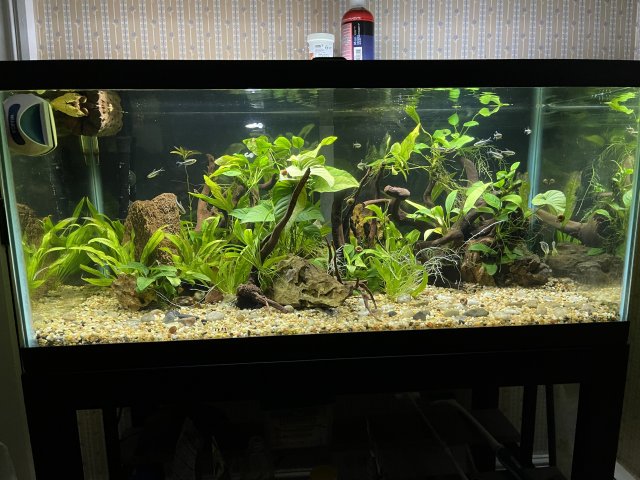 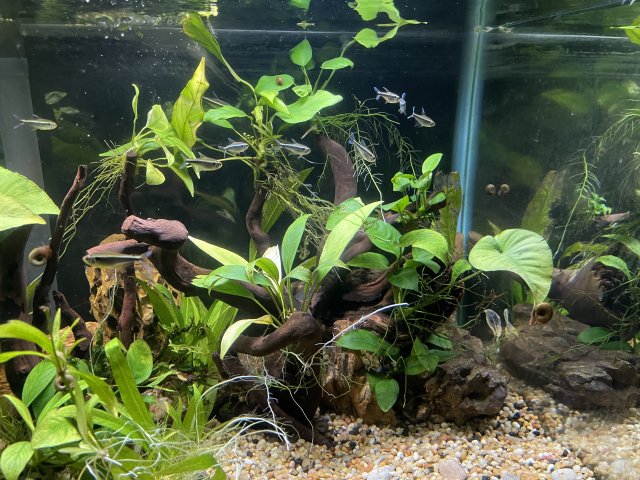 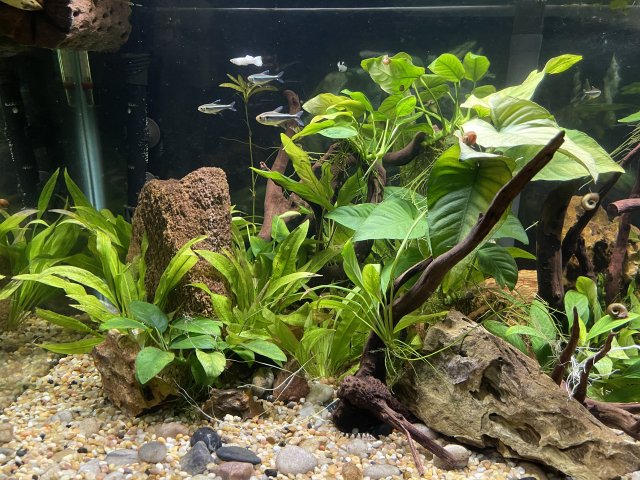 zebra loaches are nice but they really need to be kept in a large group - at least 6 for the health of the fish.

The store only had 3, I’ll get more when they get more in.
F

I'm sorry you lost your goldfish.

The 1 loach I see isn't a zebra (botia striata), likely a yoyo (b. almorhae) but too small to tell from similar loaches.