So my male fiddler, Tim, has been kind of just sitting in one spot for a few days, not eating, not moving - just standing guard of his burrow. He was missing his smaller feeder claw and literally three legs. He was a sad sight to behold I will tell you!
Today I literally was walking by my crabquarium and bam! He was mid-molt. I was so excited he wasn't sick and just needed to molt. He came out with all his legs and of course a new claw. He looked perfect and seemed very healthy and was walking all over the place.
Then I checked back a few hours later to find a missing leg ALREADY. I know when they molt, it's common to be softer than usual and to be therefore vulnerable. But is it normal to already have a missing leg?? The only other tank mates are his girlfriend fiddler Heidi which has never been aggressive with him whatsoever, three neon tetras, a ghost shrimp, and a snail.

Is this a sign of something wrong with him or an unfortunate accident? He was hanging out in some plants when I noticed so I am guessing a leg was caught?

Also, one more question, Heidi the female fiddler is always skittish and constantly hiding under a rock (hence her name...) is that normal too? 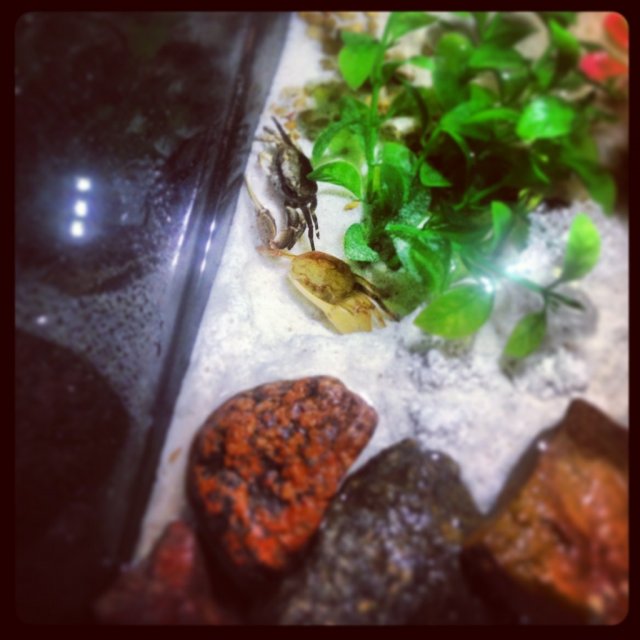 Probably just an accident. Animals that do mopt tend to be a little softer so he couldve accidently just broke it off. But then again the female couldve attacked him as he was vulnerable