Trying to figure out what kind of fish this little guy is. He was at my LFS and they said he came in mixed up in a shipment from one of their Florida suppliers accidentally and they had no idea what he was, except that he was a little feisty. I really liked him and took him home about 1.5 months ago and threw him in my planted 120 with some larger fish. He’s been a model citizen and is starting to color up. I don’t know if he’s a cichlid, or some sort of native fish from FL, perhaps some sort of unique dwarf sunfish or something? He has a false eyespot on his dorsal fin like some South American cichlids do, and now his fins are coloring up with a light reddish tint. Does anyone have any ideas? I’d be stoked to find out what it is! In this pic he’s the little fish in the center facing right - i just took a few current pictures when I found him - excuse the algae, tomorrow is maintenance day and I gotta get in there and scrape it with a water change 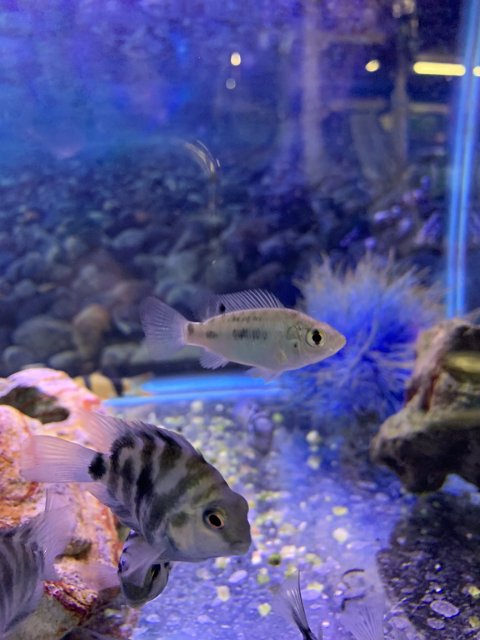 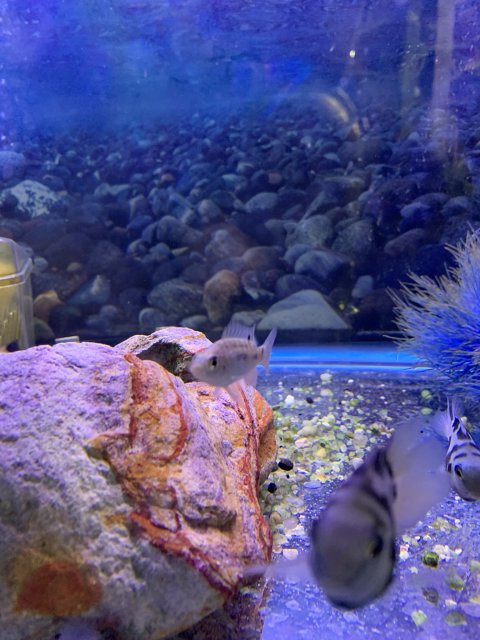 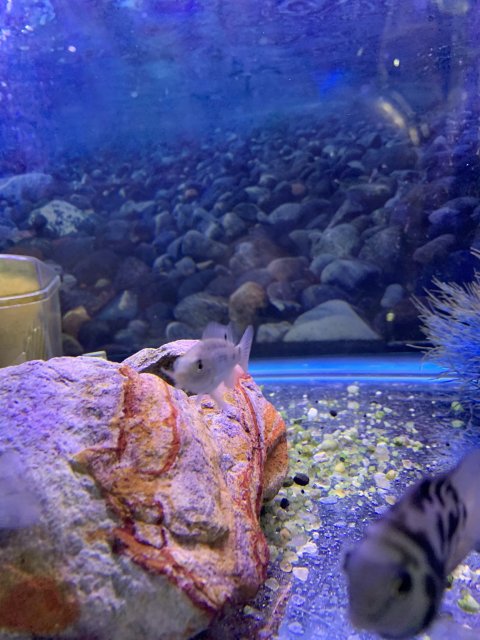 Here’s some current photos as mentioned in my post above, had to post them in reply message here 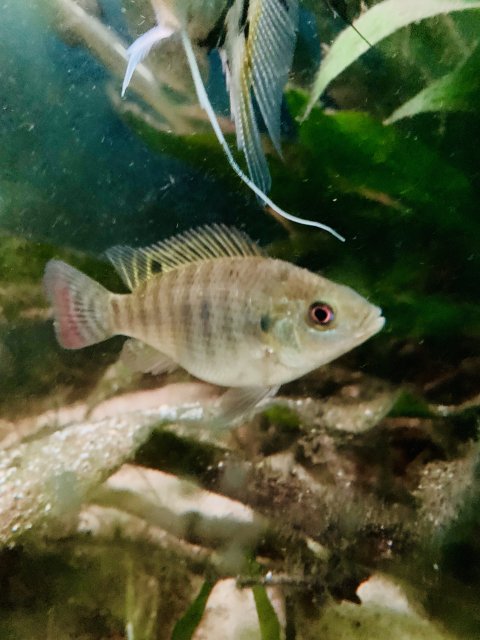 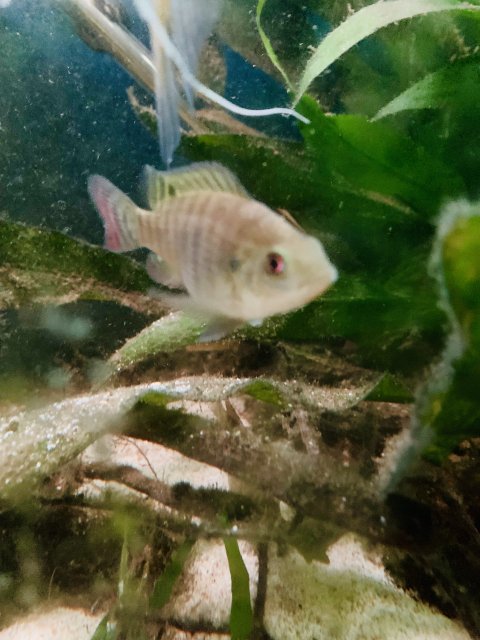 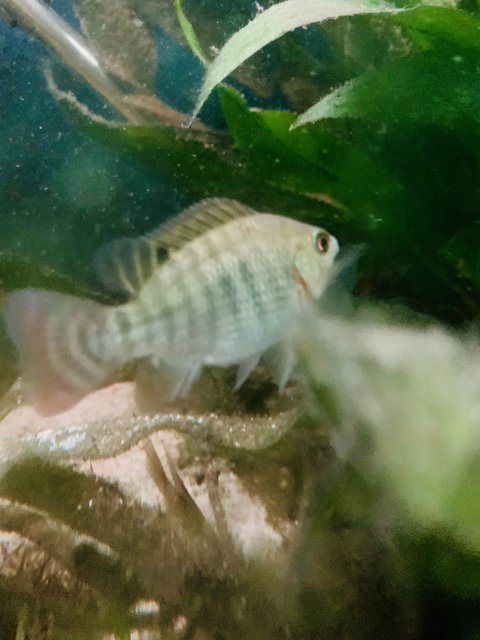 It's a juvenile cichlid, don't know which but I can tell you it is not a sunfish or pygmy sunfish...

One of the girls at the specialty LFS I frequent thinks it might be some sort of Festae, possibly a hybrid. It does sort of look like a juvenile Red Terror, but not spot on though, so I'm not sure but so far that's the closest match 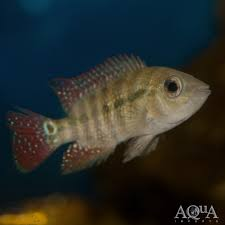