New fish, but in a bit of a conumdrum...

So, I went to replace the neon tetra I lost last week and I got another 7 since it's best to get new neons in groups, and they had the apistogrammas I was wanting (both Borelli and Panduro) but for both all they had was males so I decided to get a trio of A. Trifasciata that appeared to be a male and two females.

But now I have two issues going on. First of which, the QT already has 14 neons and 8 corydoras delphax that have been there for a week and are perfectly healthy. However, one of the new neons clearly is not (the one on the middle left, parallel to the air stone hose). It has a damaged tail funny looking spots on said tail. Fungal or ich related? 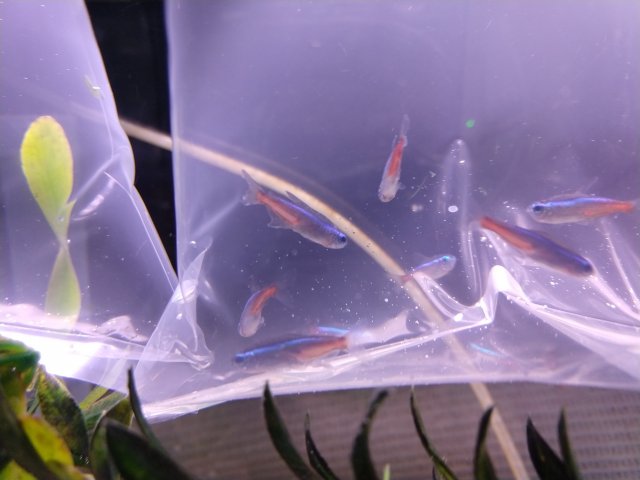 Secondly, it's looking like ALL the Trifascitata are male, but it's hard for me to tell. 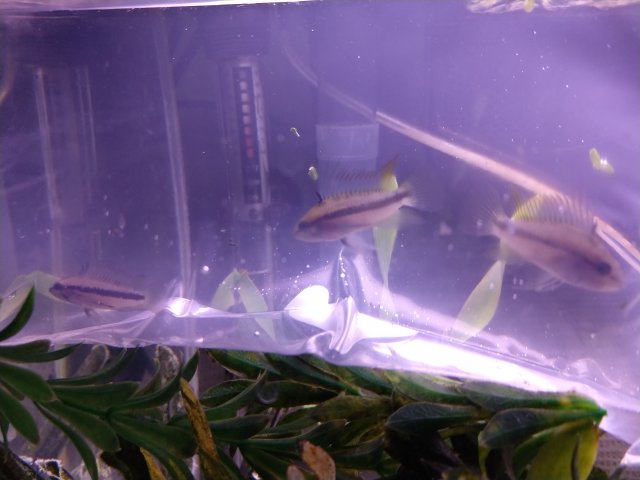 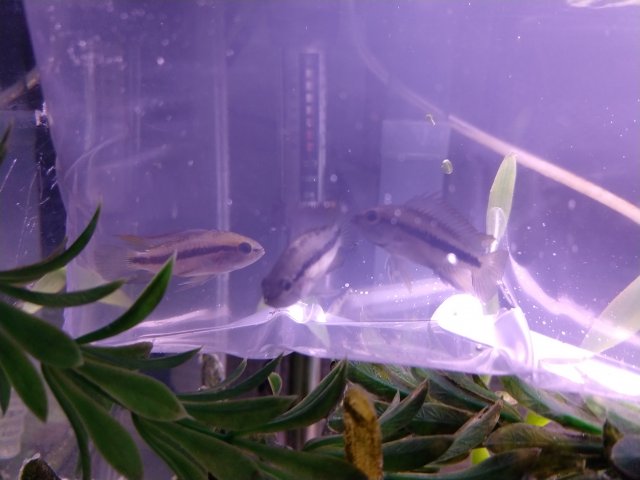 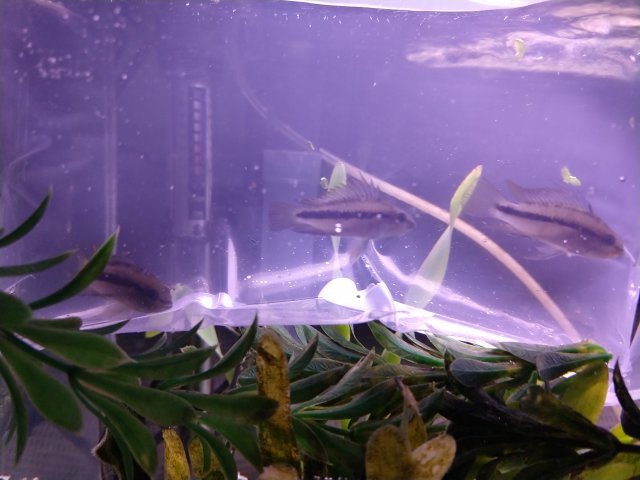 And even with those two issues aside, the QT tank is already a mere 10 gallons, so would it be best to go ahead and move the original residents to the main tank before I unbag the new arrivals? And what should I do about the Apistos if they're all male?

I would say or guess the tetra got some bacterial issue, try water changes for that or some trusted bacteria meds. Apistos to meem to be 2 females and 1 male.
Unbag new fishes, treat whole QT tank.
Expand signature
Want a goldfish? You have one or more in a bowl or small tank? Read this:

The original neons and cories have moved to the main tank. Upon closer inspection with one of the new neons it might just be discoloration from fin damage (a number of the neons look kinda roughed up in that regard). The previous batch was a little scratched up too, but they've already started healing and the introduction to a new tannin-rich home will undoubtedly help further. I'll keep a close eye on the the new ones all the same.

As for the apistos I'm all but certain there's a male and female, and one I'm a bit unsure of but leaning towards male. Hopefully they'll behave long enough through quarantine until they're moved to the 125, where there's more than enough space and clutter for them to have peace of mind.

Sounds like you got the QT issues solved, so to the apistos.

The two on the right are males and I'm pretty sure the one on the left is a female, say 95%. The pic is a little too blurry for me to be 100% sure on the female.

The past 3-1/2 years, have shifted from mainly Rift Valley cichlids to CA cichlids, livebearers, and a mix of other species.
S

Wyomingite said:
Sounds like you got the QT issues solved, so to the apistos.

The two on the right are males and I'm pretty sure the one on the left is a female, say 95%. The pic is a little too blurry for me to be 100% sure on the female.

Tell me about it. All I have to take pics with is a smartphone and the thing was just refusing to focus properly.

Would be really unfortunate if they all turned out to be males though, as the reason I even bought them in the first place was due to the fact that the two species I looked at were all entirely male from the looks of it while these seemed to have a couple females. If the QT were bigger I probably would've just gotten several males but with only 10 gallons I feared things wouldn't have ended well. And just getting one of any kind might've led to the neons getting harassed (I know dwarf cichlids tend to leave other species alone but, a cichlid is a cichlid).

Also flat out didn't know what Trifasciata looked like when mature, but from what I've seen they sport a good amount of blue (the reason why I've been looking at Panduro and Borelli) so there's at least that bit of solace. 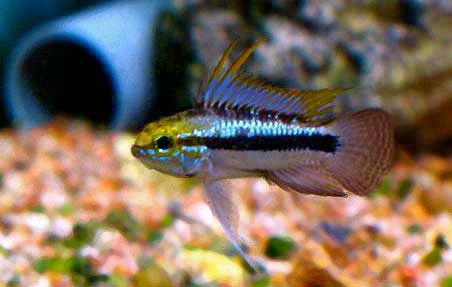 As an aside, it's been an absolute joy watching the Delphax cories swimming as one in their new home. I've never had a shoal of them at this size before so it's a sight to behold.

Glad you're loving the cories! They're all cute!
Reactions: FishAddict74

I kept Apistogramma trifasciata for a few months, in my point of view I think you have two males and a female, the dorsal fin tells you everything, in addition to the duller coloration for females that will always be smaller despite a male hovering around 2", anyway her tank has enough room so there won't be any fights as mentioned above, this was my brilliant male: 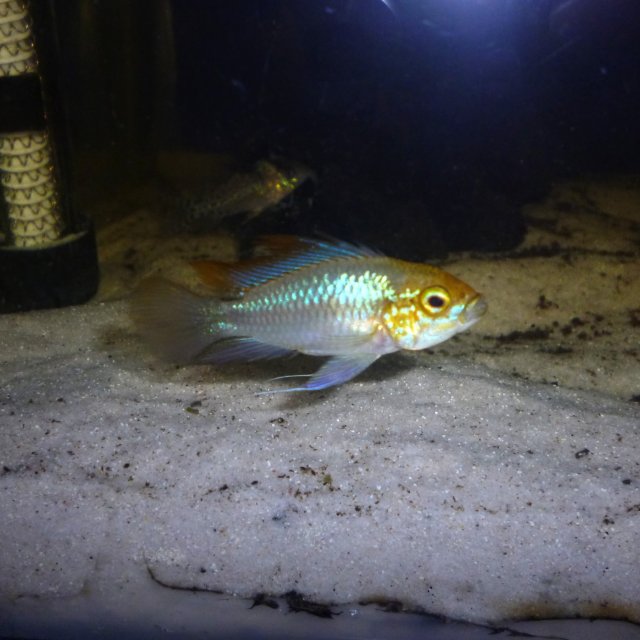