ok, I have purple, blue, and ivory mystery snails. I do not want to end up with a bunch of brown ones. Can I put blue and purple snails together without having brown babies? or which ones can I put together without this happening. I have other tanks I can put them in I just thought it would be pretty to have one of each color in a tank as long as when they have babies the colors are pretty.

when i was breeding mystery snails (briggs) i never ended up with a brown snail due to colour crossing the parents. i had jade, blue, ivory, and golden adult snails. babies always ended up being those colours, and i never knew who was 'doing the deed' in the tank (with about 30 adult snails it was impossible to keep track! lol).
Expand signature
[The Zigman] 11:08 pm: its hard to look cute when you have a shrub growing out of your head...

I just got to thinking the same thing then I remembered this thread. Curious as well to know how the potential color scheme may be. Would it be based strictly on the current parents, or does genetics down the line play a role in it?
Expand signature
10g - Otocinclus breeding tank - The Oto Journal
20long - Otocinclus Juvenille tank
29g - Cherry barbs, Oto's, Long finned danios, Spotted cory's, 2 Bristlenose plecs
55g - High Fin Pleco, Harlequin Rasboras
Several other 10g planted tanks.

now that i recall my first brigg babies were all golden, with the mom being ivory and the dad being golden (my only adult snails at the time - 2008). after that, i picked up a male that must've had blue genes but had a very green shell and a black foot. kept one of the largest females from the first batch of goldens and those four (ivory female, golden female, golden male, blue gene green male) were my foundation for the following 7 or so generations. so yes, genes do play a part, because i'd never introduced jade snails and ended up with jade babies.

i'm bored, so dug up a few old photos of my original adult snails (minus the goldens - can't find photos of them), one of the jades i raised, along with a shot of the babies i had at one point. 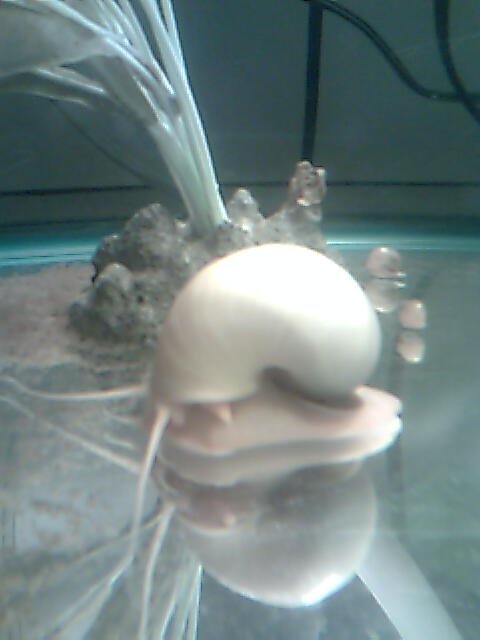 this is one of the jade babies i raised up, photo taken some time in spring of 2009. her shell is a fair bit darker than most jades i've seen/had. 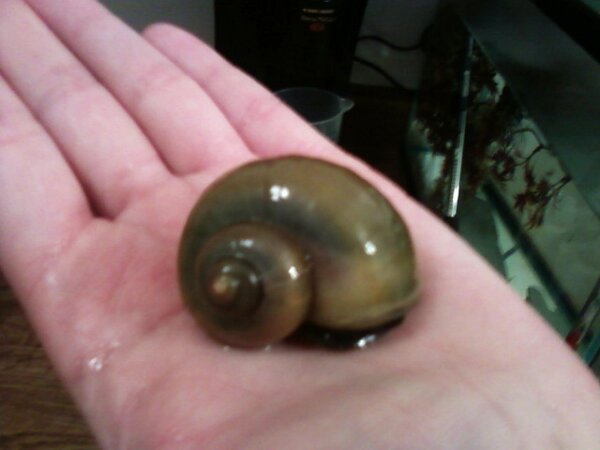 this is the blue/green male 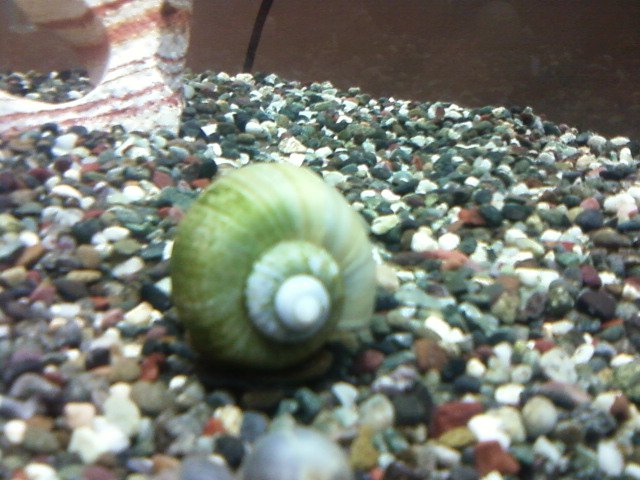 and this is what the original ivory female looked like in early spring of 2009 - odd that there is blue showing in her whorls. and she colour changed on the top of her shell to a bright magenta! my theory is diet had a part to play - i feed a lot of frozen bloodworms. she lived about 2 years (spring of 2008 until spring of 2010). 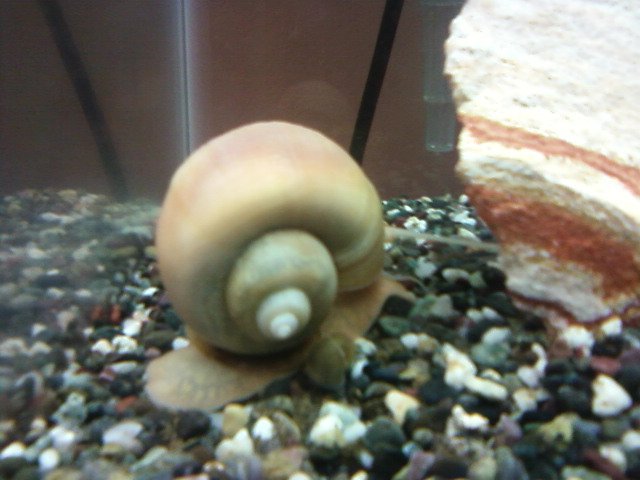 a handful of my babies! 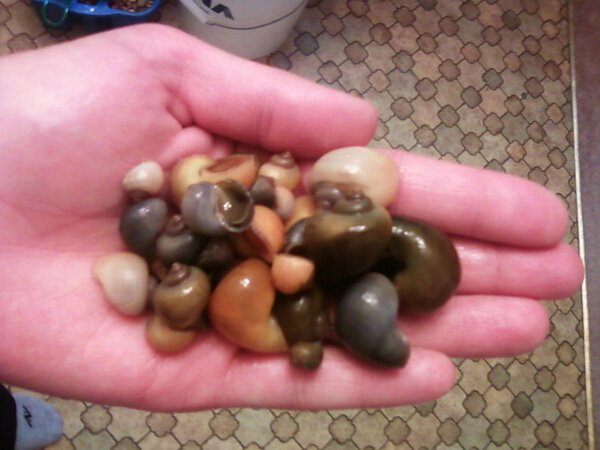 Expand signature
[The Zigman] 11:08 pm: its hard to look cute when you have a shrub growing out of your head...

The woman I bought my snails from said she could only get bright pinks/red hues by keeping a few chestnuts (nice word for brown, but they were prettier than I would've expected) in the mix.

I know that's not much help, but somewhere I have a link that covers EVERY COLOR, and which mixes make what. I'll post it when I find it, but I think you might need some duller snails to achieve certain colors.

I'm like you, I only wanted pretty ones for my tanks. I had to special order them.

i believe this is the link you were talking about: http://www.applesnail.net/

if it doesn't work to get you straight to the right page on that site, click 'geneology' then click 'colour genes in apple snails'.
Expand signature
[The Zigman] 11:08 pm: its hard to look cute when you have a shrub growing out of your head...

I need to know how old the babies are before they show their adult color. i have about 80 i would like to have an idea of what color they will be so i can start thinking of homes or selling them. The mother is a gold and the father is a black (the one with strips and brown coloring, bought it as a "mystery" snail not color id). i also have a blue in the tank that i believe is a female. The gold is the mother of my babies, caught her breeding and laying.
M

BettaFishMommy said:
i believe this is the link you were talking about: http://www.applesnail.net/

if it doesn't work to get you straight to the right page on that site, click 'geneology' then click 'colour genes in apple snails'.
Click to expand...