Hello and help!!
I have a 55 gallon long tank set up with 6 Glofish and 1 white skirt tetra, 6 neon tetras, 8 bloodfin tetras, 4 albino cories, 2 B.n. plecos (at about 3 and 4 inches) and 1 rainbow shark. The tank has been up for 2 months now. All of my fish are active and eating well/acting fine. One of my glofish has developed white patches on her dorsal fin and on her scales. At first I thought there was a break in her fin, so naturally I waited for it to heal. Instead, dull patches have developed on her scales and now I have realized that there is a white growth at the base of one pectoral fin and a growth on her chin. These growths are not fuzzy or cotton like. She eats and acts normal, although I did notice a while ago that she was swimming with her head pointed more upwards than normal, but it's not dramatic. I looked back at some old pictures and have realized that her chin always had a bigger bump than the others, but now looking back at it I realize that it used to be smaller. I am worried because the growth on her pectoral fin keeps her from being able to put her fin against her body. I have found no pictures of anything like this or any information on what to do to help. I took some pictures to help. 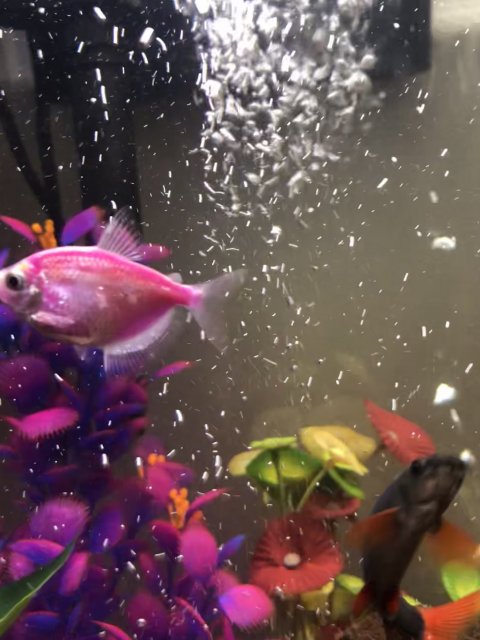 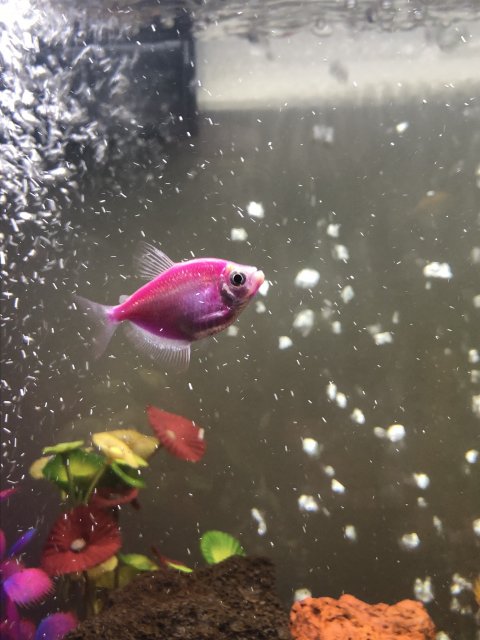 Same thing has happened to my flowerhorn, from what I been reading it is ich which can be cured pretty easily