Is this Ich? Only on one fish. If so how is the best way to treat it with no quarantine tank? I have ich x. Was hoping I wouldn’t have to deal with this only two weeks after adding fish. 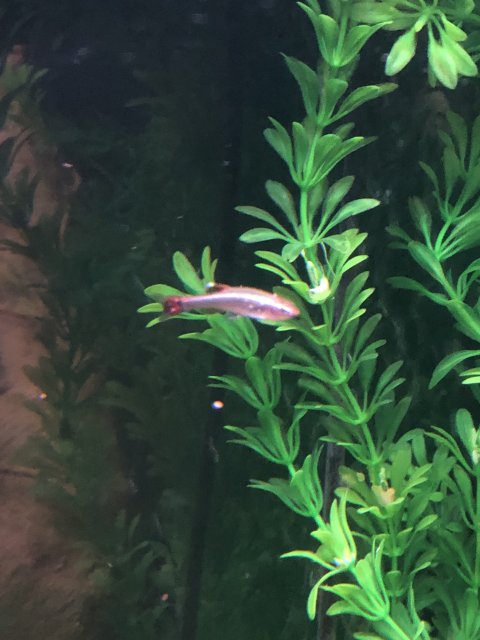 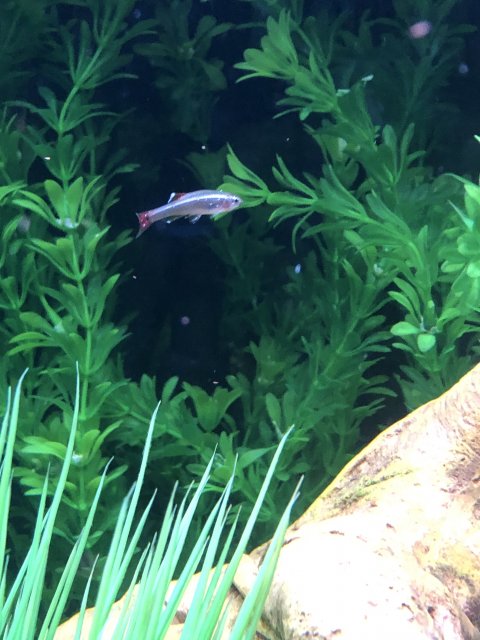 Based on the 2nd picture, it looks like ick! Need to act on it immediately.
Reactions: Sprinkle and dudley

Yes put it in a bucket and do hot (80-86 degree) wc and treat with methylene blue
Reactions: Sprinkle and dudley

It does look like it based on the pics. It's possible that fish is weakened to the point it's showing signs of the ich parasite while others are not.

There's lots of good info on the site on how to tread it and you don't necessarily need meds to do so.

Let's talk about Ich and how to get rid of it. Do not remove the fish and treat them in an H tank. Ich is now in your tank and it will infect other fish. To understand why we should do this, we need to know about the life cycle of Ich.

An assessment of the use of drug and non-drug interventions in the treatment of Ichthyophthirius multiﬁliis Fouquet, 1876, a protozoan parasite of freshwater ﬁsh

It has a direct life cycle, which is temperature dependent such that the warmer the water temperature the faster the life cycle completes. The life cycle involves 4 diﬀerent stages: (1) the trophont, which resides within the surface epithelium of gills, ﬁns and other body surfaces; (2) the protomont, a free-swimming stage that exits the ﬁsh and settles on the substrate to become the encysted tomocyst stage (3) which in turn repeatedly divides by binary ﬁssion to produce tomites which are released to the water column. Tomites diﬀerentiate into the infective stage (4) the theront, which needs to ﬁnd a host within a short window to successfully complete the life cycle by penetrating the epidermis and developing into the trophont stage before it dies (Lom and Dyková, 1992; Matthews, 2005). Theronts can survive for up to 92 h at low water temperatures; their survival being inversely proportional to the ambient water temperature (Wagner, 1960; Aihua and Buchmann, 2001).

On farms, the most common approaches to treat this ciliate is through the use of either short (e.g. 30 min–4 h in tanks, raceways and ﬂow-through systems) or long (e.g. 7–15 days in pond culture) duration in-bath treatments which target the free-swimming stages of the parasite (i.e. protomonts and theronts). Of the other two stages, the trophont is protected lying underneath the host surface epithelium (Post and Vesely, 1983) whilst the tomocyst is protected by a resistant coat (Ewing et al. 1983) and as such, are rarely susceptible to
treatment.
Click to expand...

That study reviews the efficacy of more treatments (many not drugs) than most of us even knew existed. It tells what and how much was dosed, how (bath, dip feed or injection) and how effective it was killing ich and in which life stages. Table 1 lists all of the chemical treatments known/ It begins on page 8 and end on page 37. Table 2 runs another page and a half and deals with Management strategies tested against infections of Ich.

The reason we treat the whole tank is there is a good chance there is ich in the trophont and/or tomycist stage in our tank which will survive a short term treatment. The result then is that the Ich can return pretty quickly.

I have only had to treat ich twice in 20 years. Both times I used a traditional formalin malachite green mixture. I also raised the water temperature as high as was safe for the fish in the tank. Doing this speeds up the life cycle and makes it easier to kill the ich fatser.
Expand signature
'Everyone is entitled to his own opinion, but not to his own facts." Daniel Patrick Moynihan
"The good thing about science is that it’s true whether or not you believe in it." Neil DeGrasse Tyson
"How do you make a cycle go faster? Pedal harder." A. Nonny Mouze
Reactions: Sprinkle, Wyomingite and FreshyFresh

I’m at 78 degrees now...thats probably the max I can go with White Clouds isn’t it? I know they technically like cooler water.

yes that’s true but they can go hotter if needed

TwoTankAmin pretty much covers it all. To sum up: Don't remove them from your tank, you need to treat the tank. Even with the white clouds you'll be good to go up to 80 or 82 degrees for a few days. You don't have to use a medication to treat it. I've only had ich twice in the last 25 years and only once in the last 10, both times in quarantining fish. My personal preference is to use a medication when treating.

Actually, separating the fish is a not a bad idea. Contrary to popular belief, other fish don't have to be infected. They may be, but you can deal with that later. And people hate to hear this but there are ich strains now that are resistent to malachite green, temperature and salt, due to improper and overuse of these methods. You do not want to experiment with treating these strains in your tank while other fish are getting infected.
Reactions: Sprinkle
You must log in or register to reply here.
Share:
Facebook Twitter Reddit Pinterest Tumblr WhatsApp Email Link
Top Bottom