Small update time
Been working on some redos on some of these, and some of these will be changing in semi short future as well.

20g corydoras eques tank, after the emperor tetra fry grow out of this I will be moving my boraras urophthalmoides to this tank instead.

46g Goldfish/livebearer (retirement) tank.
By April next year the goldfish will be moved to a 120g+ as theyre outgrowing this tank.

55g low light. Gave up on South american plant theme for this one, that log screamed at me that it needed anubias, so I made it a mostly anubias scape. Planning to add some buce to the log as well.

5g betta tank. Wasn't intended as a blackwater but I added some tannins as a medical treatment, ended up overdoing it to make it super dark and fell in love with how the tank looked that way. 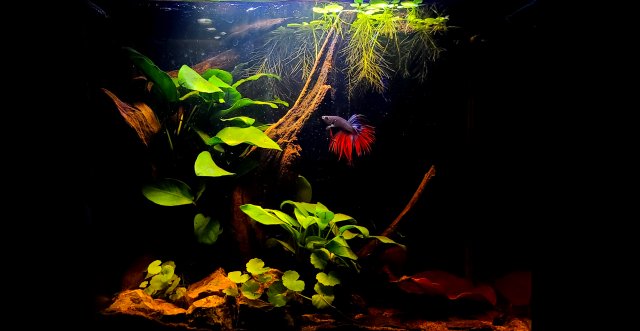 4g boraras urophthalmoides and shrimp tank. Shortly will become only shrimp. Beside it is a mini planted vase for microfauna like seed shrimp and cyclops.

3.5g, only 1 sparkling gourami youngster in here. His parents didn't want him around in the 10g and mom tried to kill him, he's got a bum tail so he lives by himself. Happy as a clam to be on his own now. 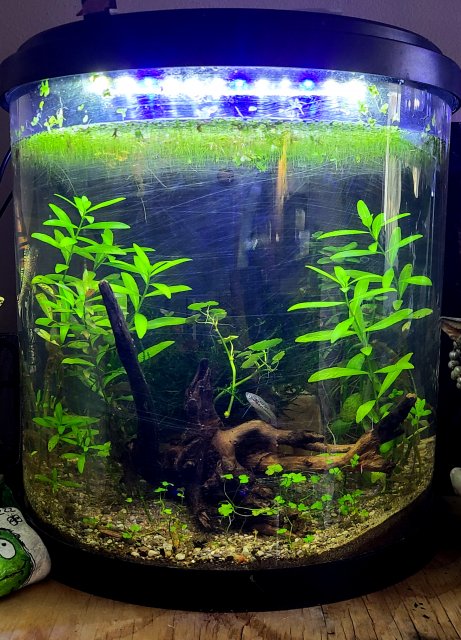 10g sparkling gourami pair only tank. Can't add anything else, the female is aggressive and bent on killing everything except the male. 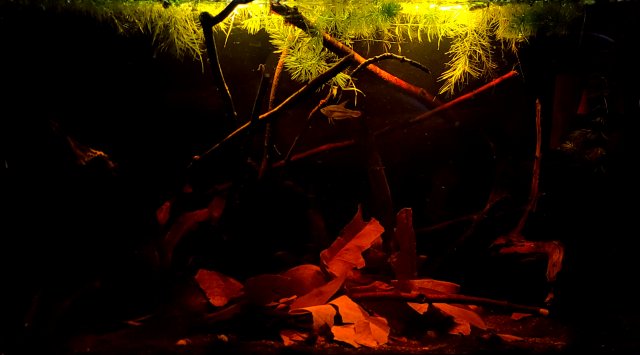 2.5g shrimp. These shrimp will move in with my other shrimp in the 4g and this one will be taken down.

F fishorama an update for you
Reactions: Lalo J.

Good for you, my wife would completely refuse to have so many tanks

The 2.5g is taken down now. The shrimp are all in the 4g, shrimp only

3.5g sparkling gourami tank, just the 1 little guy in there 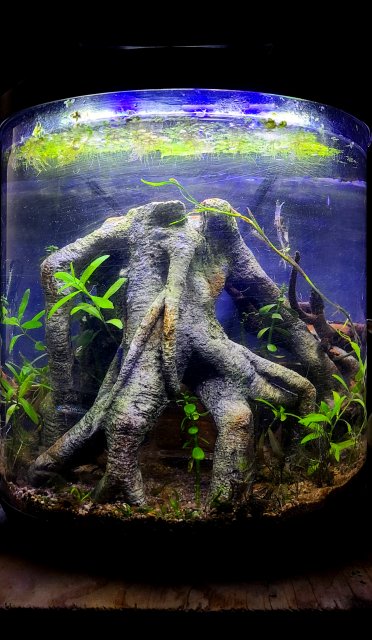 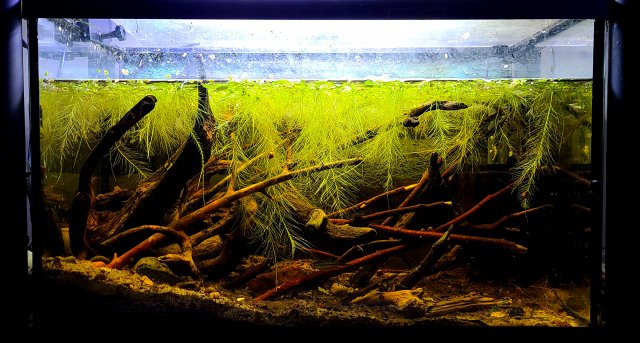 Rescape on one of my 55gs

Crypts still growing in, so expect some time for them to fill in
Reactions: FreshyFresh

NoodleCats said:
The 2.5g is taken down now. The shrimp are all in the 4g, shrimp only
View attachment 229909

I like your anubias in your 55g, are they tied to the trunk or simply superimposed?

Lalo J. said:
I like your anubias in your 55g, are they tied to the trunk or simply superimposed?
Click to expand...

Theyre wedged into nooks in the wood on the log, and have mostly attached themselves by now, but then others further down on the substrate are glued or tied to rocks

Thanks Noodle, I have a question about gluing my anubias with cyanoacrylate to the wood, could this hurt the rhizome?

Lalo J. said:
Thanks Noodle, I have a question about gluing my anubias with cyanoacrylate to the wood, could this hurt the rhizome?
Click to expand...

I use very minimal, just on the bottom or onto a few old roots, helps even to take some filter floss and use it between the rhizome and rock with the crazy glue.
Reactions: Lalo J.

Some tanks with some changed looks