It a shame to call this a project since that would imply I did some planning which I been to lazy to do with my tanks for quite sometime and I never learn. I end up throwing things together I have laying around for one reason or another and later find out oops I forgot something or I really should've done this before that kind of thing.

So with out further ado how not to setup a planted tank for dummies.

Determine the location of the tank and get help.
I moved this 90 gallon tank 4 times first time with a buddy next 3 times by myself.

So I finally get it moved into place on cinder-blocks 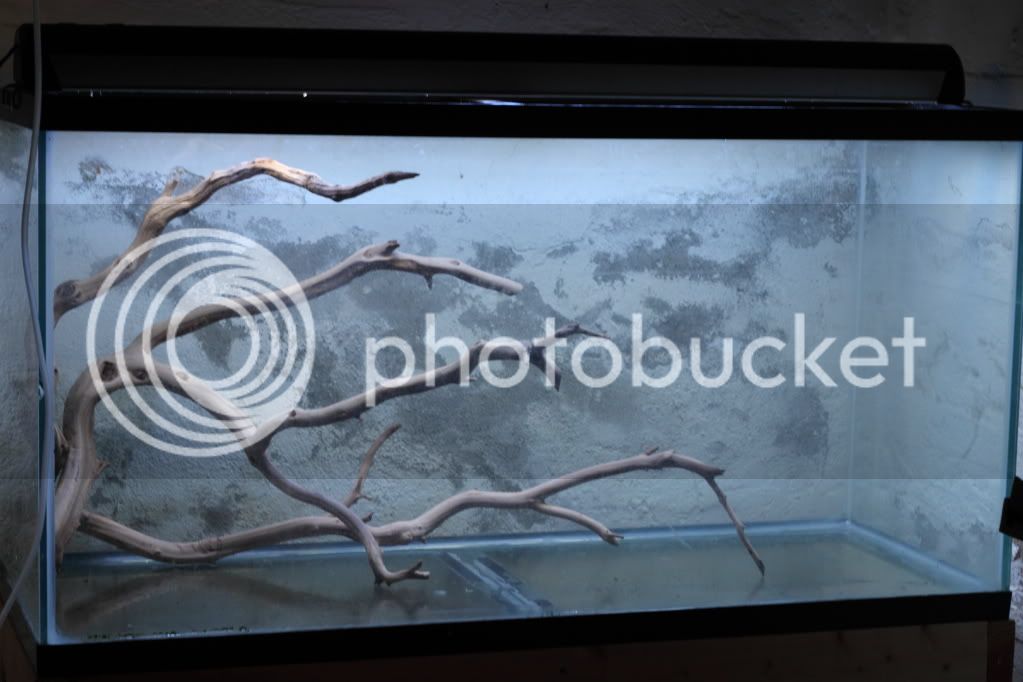 I took me starring at this picture to realize I had not put on the background. Worst yet I don't have a background to put on...LOL

Anyway I throw some parts together for an old Fluval 404 which had a leaking problem on my 120g, but I had gotten some advise that if I wiped the gasket ring with mineral oil it would help make a better seal. To my amazement it work no leak of course I only got the advise after purchasing a new 405 which happen to leak as well.

The Substrate:
I finally decide to go with 3M quartz T-grade because I wanted color and decide on the Tahoe blue. Found someone in my neck of the woods I can purchase from in North NJ and it was interesting. Did some rinsing and it was good to go.

So here it is today. 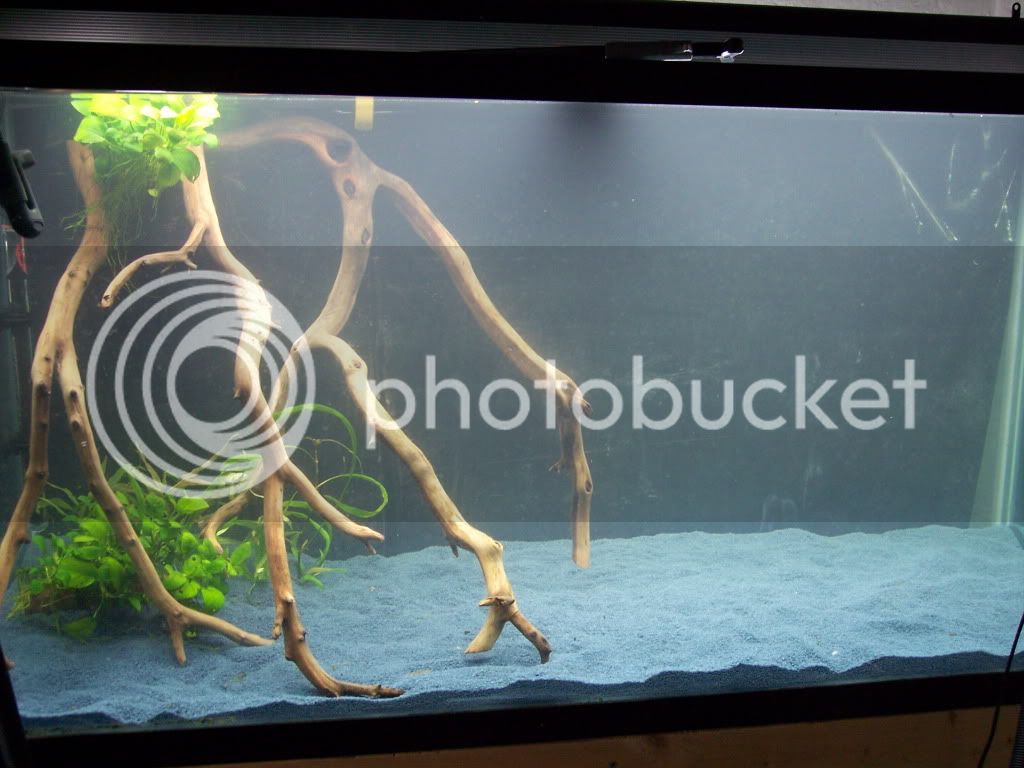 Still have a long todo list like permanently attach the background and run electrical to that corner of the basement, but the excitement of setting up another tank always gets the best of me and I never think clearly. Even through a couple of plants in there...LOL
Expand signature
Links to thread Planted Pico Project : Planted 90 Gal. Project : Planted 120 Gal. Aquarium : Jay's Planted 180 Gal Tank
Undocumented Planted 45 Gal. Long : 33 Gal. Long : 10 Gal. : 20 Gal. High

Thanks for the kind replies.

I did try to set the driftwood as the 1st picture multiple times but it just kept falling over so frustration set in. I'll make the attempt again if I can get some rocks to help stabilize the pieces.
Expand signature
Links to thread Planted Pico Project : Planted 90 Gal. Project : Planted 120 Gal. Aquarium : Jay's Planted 180 Gal Tank
Undocumented Planted 45 Gal. Long : 33 Gal. Long : 10 Gal. : 20 Gal. High

Loving the wood as well. I cannot wait to see it fully stocked and planted. Keep up posted.

Okay so I think I got my driftwood issue figured out and I stop being lazy and grab the DSLR instead of the point n shoot....LOL 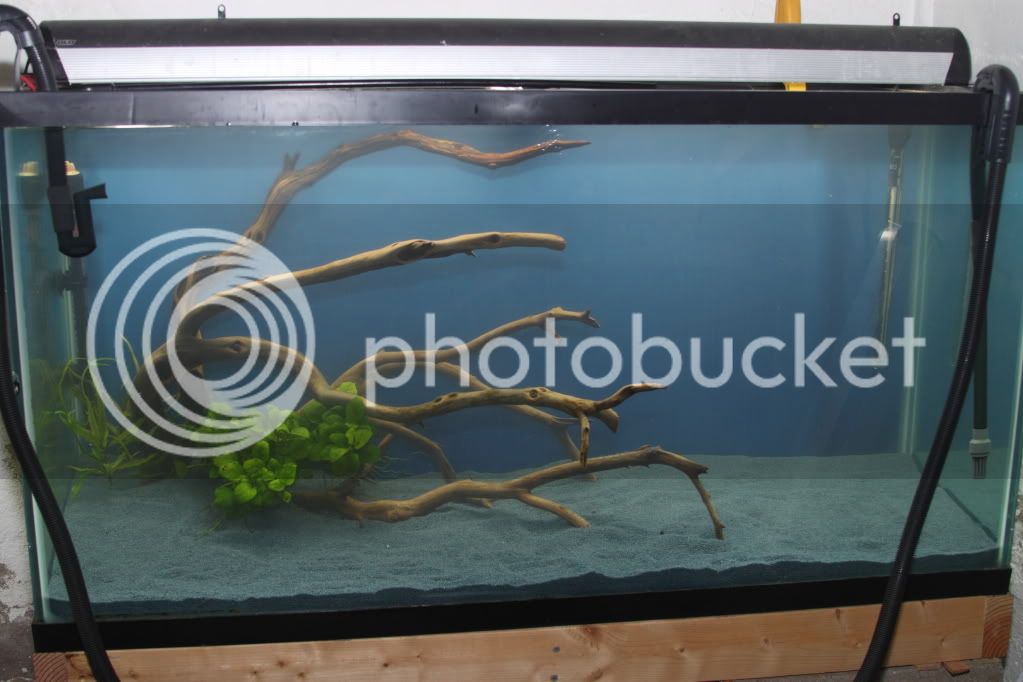