Rather than thread crap on other posts I think i will use this thread to post various pictures from time to time. This first post will have a lot some older some newer but newer ones will be added as time passes:

This is my hongsloi aquarium. The breed frequently but they can't hatch because my water is too hard. There is a nijennsi in there that is around 30 months old because her beloved died. I also have some L204, sterbai, red tail otto (not really otto); an L333 (i'll post a picture of him next) and some L204: 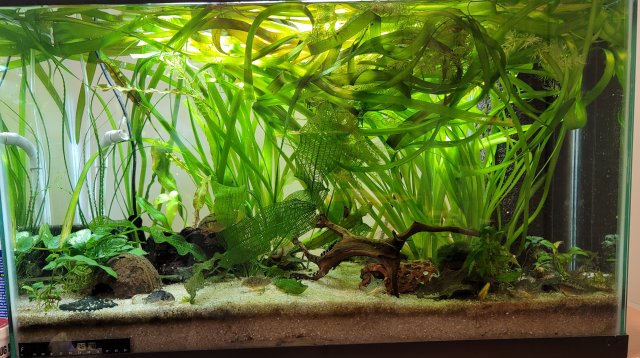 This is one of my younger L204 still in the apisto tank: 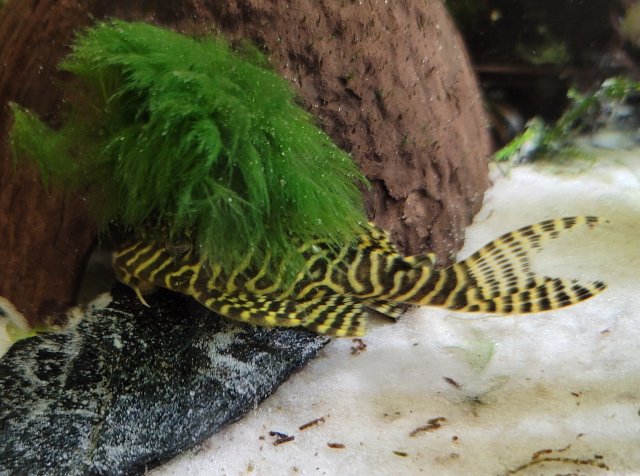 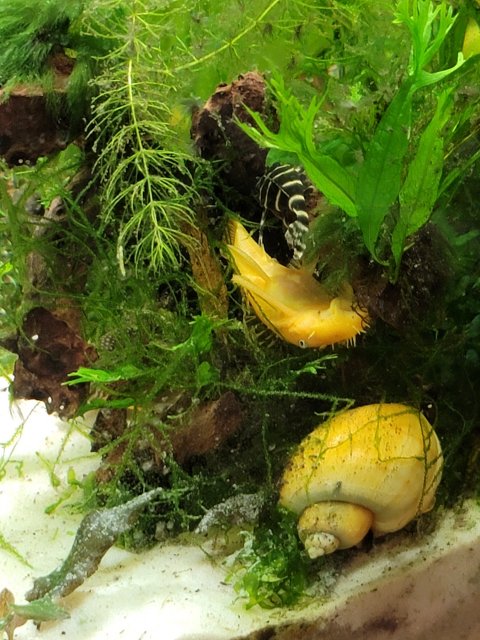 And this was the female nijennsi mate who died: 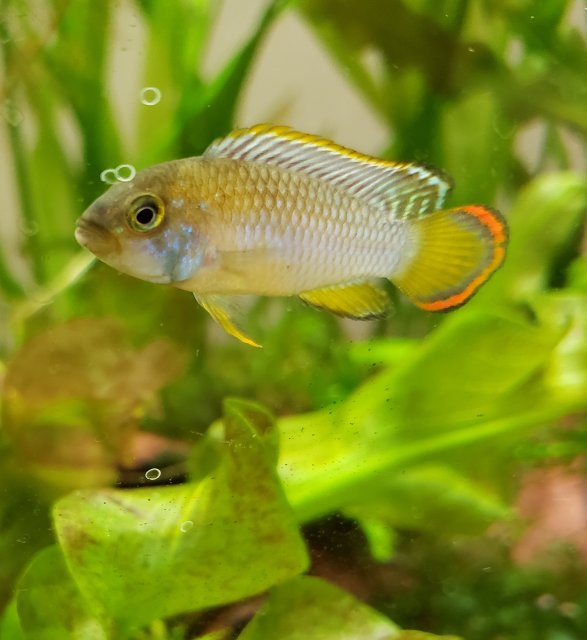 This is my live bearer tank: 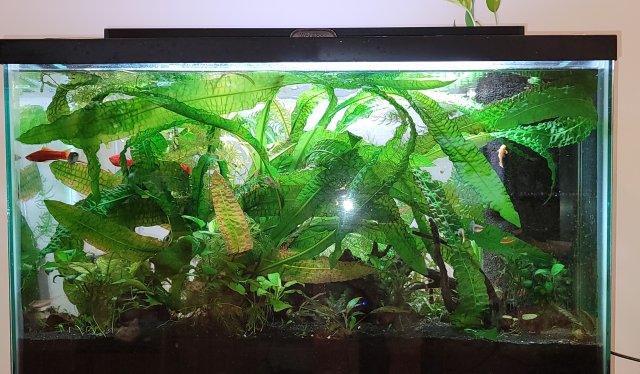 Here are a couple of pictures from my 40B - not going to show an old picture of the 40B since i am redoing it right now which means tearing out some plants and adjusting things - so maybe in a couple of months as things settle down: 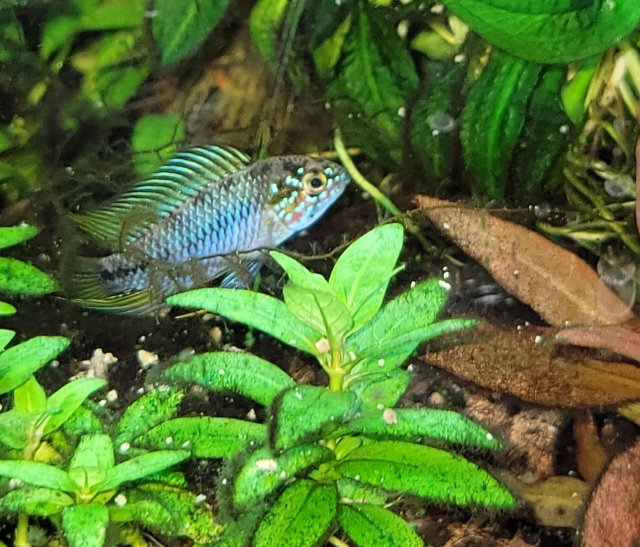 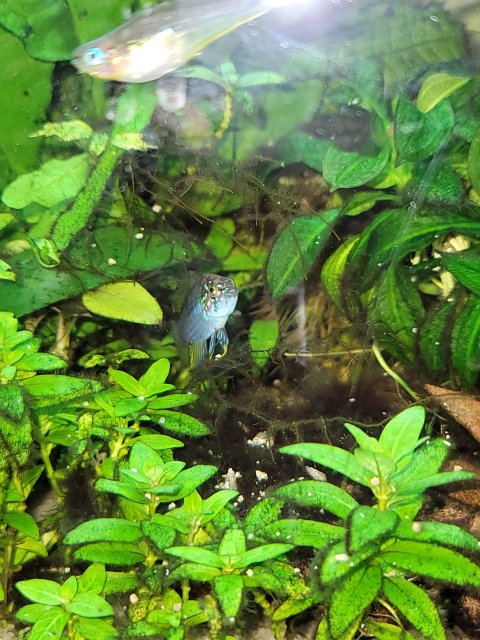 This is my angel tank. Something has been beating them up the past couple of months but I don't want to show beat up anggels: 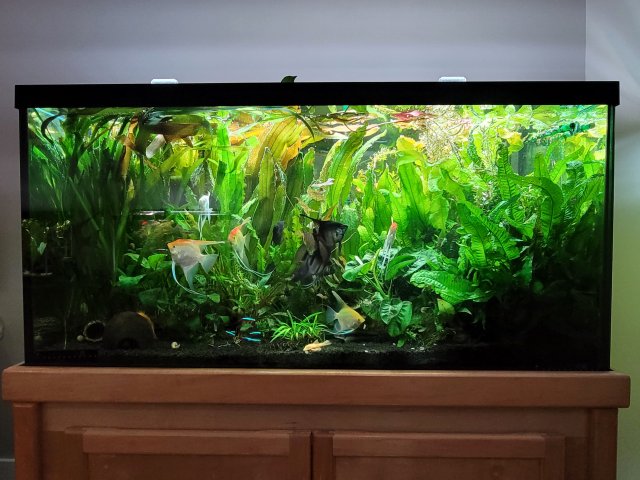 This is what my angels used to look like: 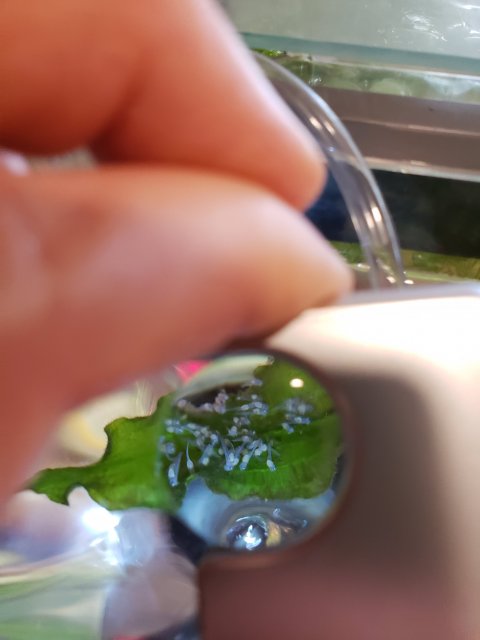 This is one of my nicer L204 in the angel tank: 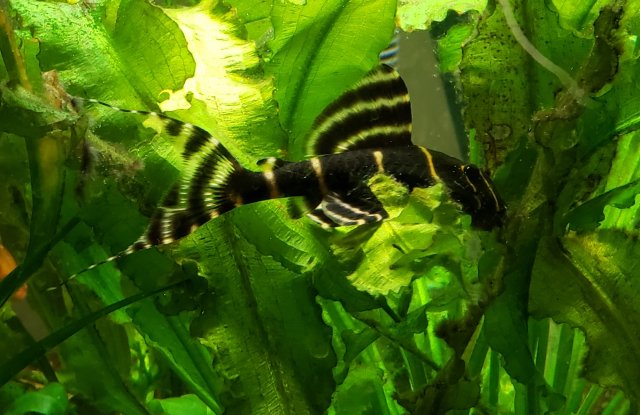 And this is my beat up angels (not sure if they are doing it to each other): 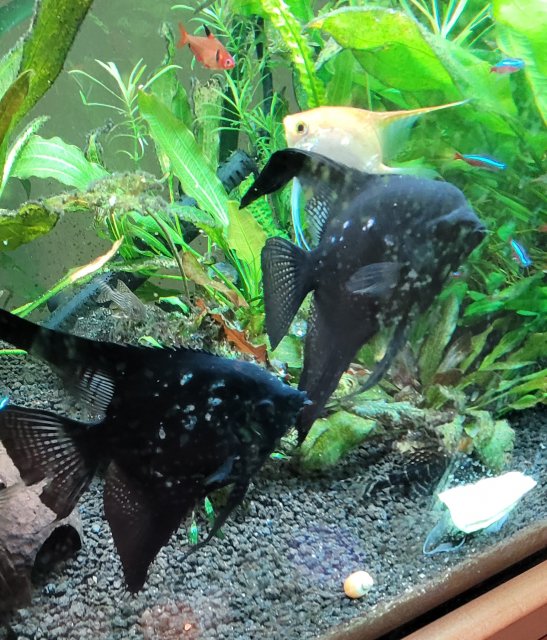 This is my 5 gallon aquarium: 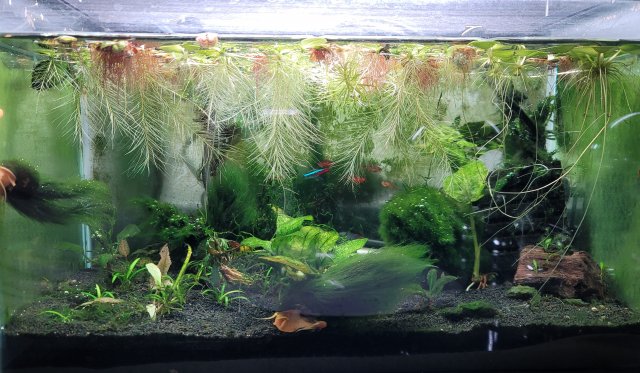 This is a nurii rosen in the 5 gallon. 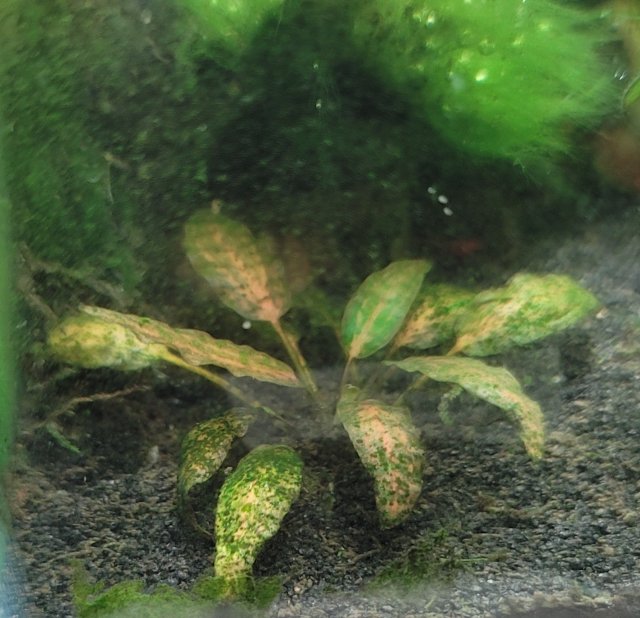 My snails have gotten some really long hair... 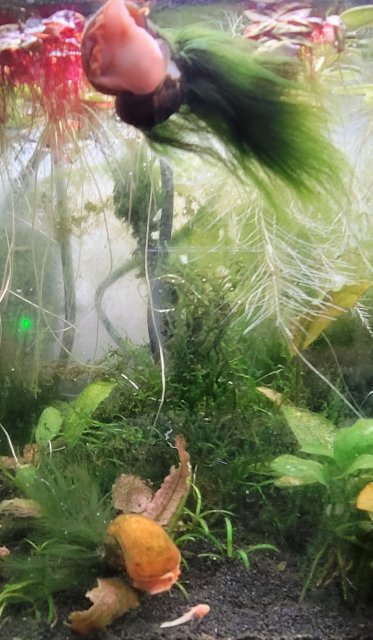 so I got some shrimp to help keep them groomed 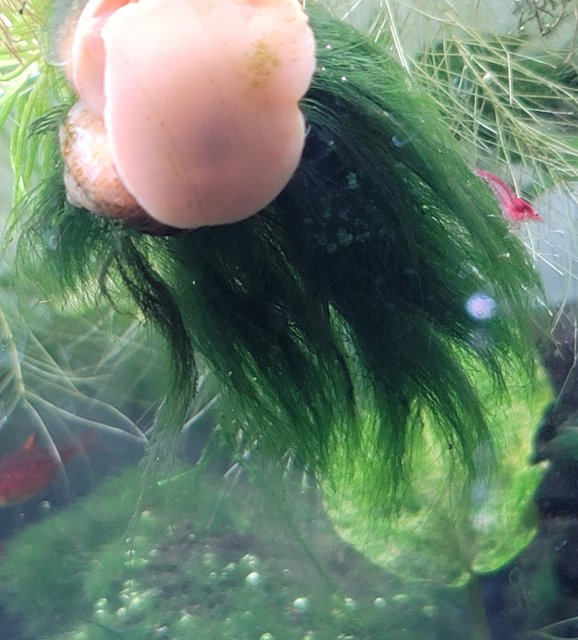 I've only had the shrimp for about 3 weeks but they have gotten really large - almost as large as my bn plecos. 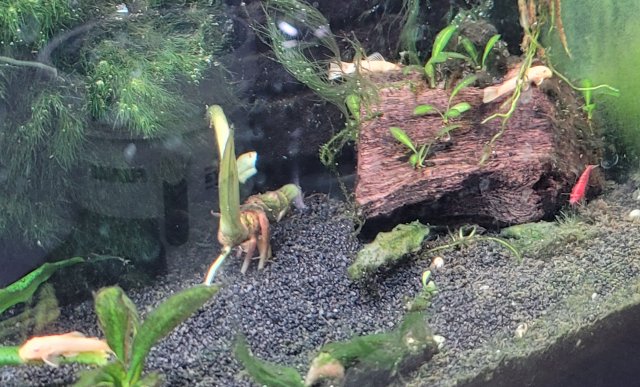 the pictures from the 5 gallon are pretty new as are the full image from the apisto and live bearer tank but some are older... enjoy...
Reactions: Jrunfast, Lalo J., dudley and 1 other person

The Val tangle in the first pic ?
Expand signature
AKA Casscats, Cass. Feel free to use either name.
Reactions: dudley and jake72
J

NoodleCats said:
The Val tangle in the first pic ?
Click to expand...

That picture is new; it was just after i gave them a hair cut; some of the leaves are long enough to reach the other side flip over and go back all the way... (6 ft?)

I think its fantastic. Bet the fish love it
Expand signature
AKA Casscats, Cass. Feel free to use either name.
J

NoodleCats said:
I think its fantastic. Bet the fish love it
Click to expand...

The female hongsloi use them as a nest when laying eggs. I have some new cardinals arriving tomorrow - i moved the last batch into the angel tank as they had reached full size. They also love it. The reason it gets so tangle is i do frequent water changes and when the water level goes down it well gets tangled up.
J 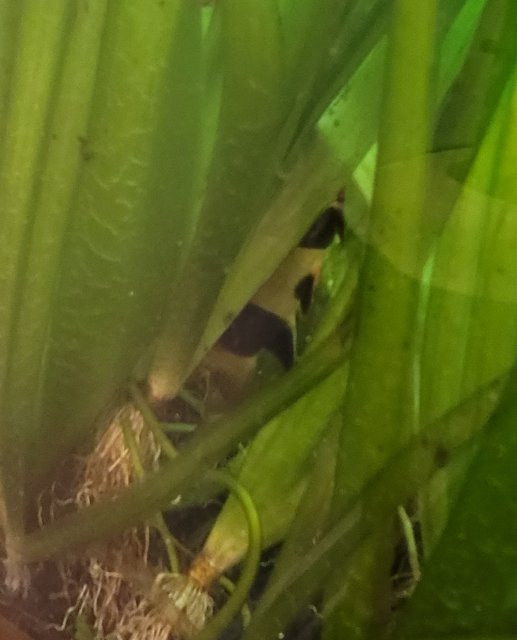 Today my order of new fishes arrived including 8 of these lovely guys. These were wild caught but i've seen some tank raised available. Each was packaged in a sep. bag but one of the bags leaked so i was a bit surprise it was still alive without water (I know they can breath air which is probably why it survivied). I hope the fish wasn't damaged by the lack of water; for wild fishes so far they are very calm. 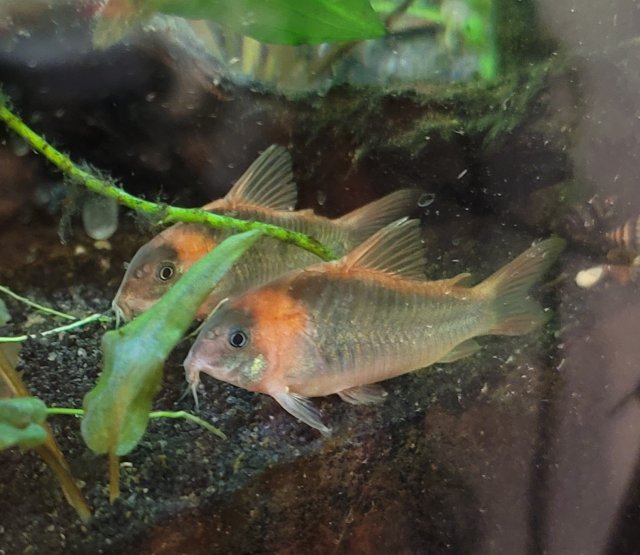 Did a little work on my 40 this morning; guess it needs more work - but things move slowly when you are cleaning up a mess. I ran into a problem of things becoming way way too dense and the shading hurting some plants - you would need to see a before picture but been reducing the density so that more interesting plants at the bottom don't get starved. Still the bottom is so packed I just not sure what i will do - probably try to get a larger aquarium. This one is 36x16 - i was thinking the new one should be 48x24. 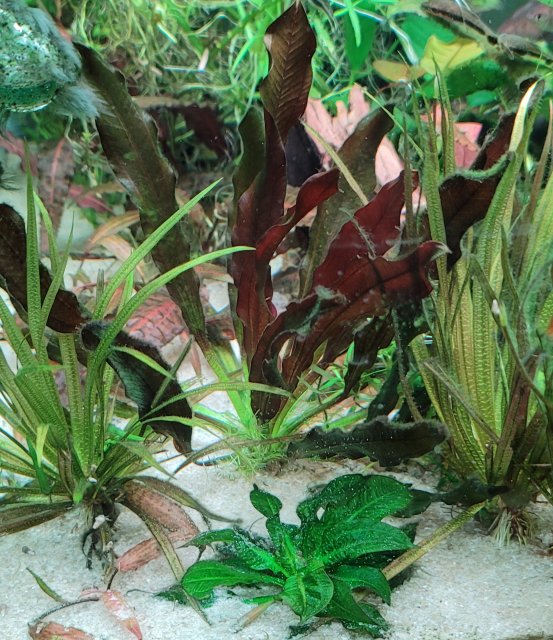 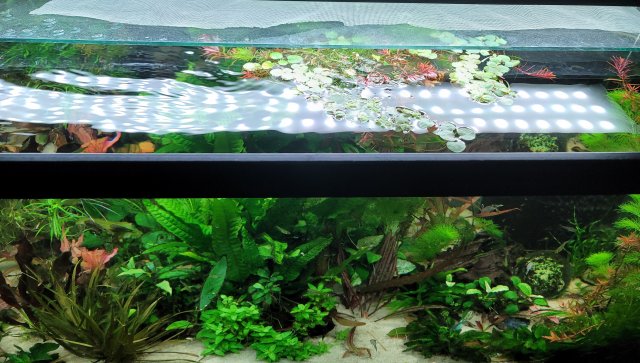 Looks great !
They [planted tanks] are dynamic, cyclical, and ever changing. Almost never static. Aggressively growing or too many plants, not enough growth of one or another, algae of this or that kind. Never the same.
In the last picture, what is the plant in the foreground, center?
You must log in or register to reply here.
Share:
Facebook Twitter Reddit Pinterest Tumblr WhatsApp Email Link
Top Bottom