I'm sorry for posting so much, but this is another idea that's been in my mind for a while. Probably because I've been to the beach lately and I've seen something like this in the wild . . .

I'm not gonna carry through and do this but what I've imagined is the possibility of aquascaping with not plants but entirely sessile marine invertebrates. Something reminiscent of the Cambrian or Ordovician period before fish became the dominant animals. Think of an aquarium consisting of entirely invertebrate animals; (even the gravel, with it being coral sand?) anemones, feather duster worms, sponges, sea squirts, and/or crinoids lining the "floral" part of the aquarium floor, next to a bed of rock-like clams snugly covering the other part of the tank. (but far enough from the anemones to prevent stinging)

Crawling above closed clam shells would be small gastropods, chitons, and/or limpets perusing the aquarium for bits of food and places to explore, avoiding the anemones and gliding on the inner sides of the tank. They would be the active organisms of the tank. (unless you want to include the fact that anemones can slowly drift to different areas) There would be a few different species of snails and nudibranchs if possible, some vegetarian and some predatory, but only if it were possible. If I really had time and money, I'd use a bigger tank and include an octopus I could interact with more.

As for maintenance, this would require a heavy supply of beneficial bacteria and a great filter. Not something with a strong current, but something able to keep the water clean and churn it. I've seen some device (it looked like this) where outside of the main tank there's a small container with string algae and the aquarium's water looks like it is pumped into it to be "cleaned" and oxygenated by the algae but I'm not sure if this was the purpose. I'd need a lot of ways to keep the water clean including skimmers and frequent water changes and filters, and this is one of the main reasons why I haven't actually done something like this, aside from species conflicts. But if this were to be arranged in a way where it could work, what would your opinions be on such a tank? This is just something that's been on my mind for a while. 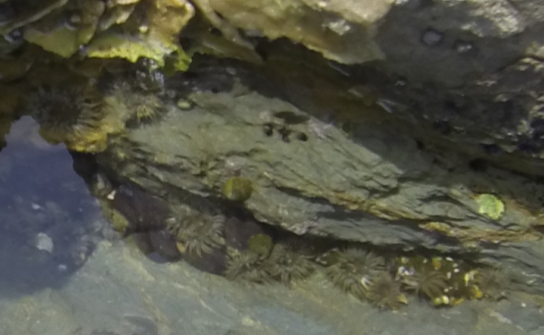 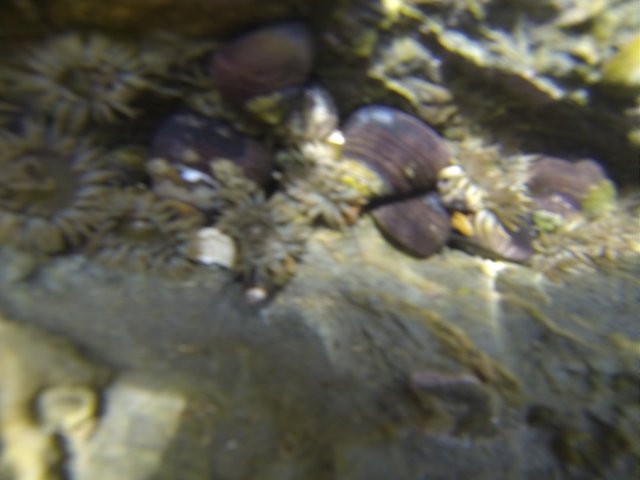 What you have described is every reef hobbyist's goal/dream when they start. However, eventually you realize that you cannot keep every animal in the ocean, in a glass box. There are simply too many needs and it is not realistic to believe that you can provide them all. Not being a pessimist but would strongly suggest a biotype aquarium if you really want to observe more natural marine interaction.
Expand signature
SG = 1.024-6; Alkalinity 8.3-9.3 dKH; Calcium 420; Magnesium 1300; Temp = 76 to 80; pH = 7.9-8.3. Alkalinity and calcium are dependent on Mg.

Yeah, what I was considering for this was a biotope of the ocean near where I live. Most/all of the tanks I have or have kept in the past few years are biotopes and this would follow the pattern/preference. I could get the animals by means of collecting from the wild OR possibly buying off the internet to avoid legal issues/etc.

About 5 or 6 years ago (I was around 10) I did something similar to what I was talking about in this thread's original post, getting seawater from the ocean and then going to a lagoon in my city to collect a few small anemones (and other unintended things) on some strands of red algae to keep in a ten gallon tank. I fed them some brine shrimp nauplii from a little pack of brine shrimp eggs I bought at a petstore (I think I still have it) and before I knew it the number of anemones went from less than 5-10 to about 30 or more. I even had small jellyfish swimming in the tank as well as other planktonic organisms. I had the tank running with an elite mini filter meant for 3 gallon tanks but it worked surprisingly well. When the tank got warm (which was beyond rare) I put a bag of ice in to cool it off. One night the power went out in the particular room I had the tank in and the outlet I used for the filter stopped working for almost a week and unfortunately everything died or started dying, and the surviving organisms I released back into the lagoon. It was a tragic end to the project but before that happened I had a great time with it and it's been a bit of a source of inspiration for me to keep unique aquatic organisms.
Expand signature
woah.

I think my inspiration for something like this is from not only reading about predominantly invertebrate life in the Cambrian and Ordovician periods but also looking at footage from hydrothermal vents and going to tidepools, both areas highly concentrated with mostly sessile animals in a sort of artistic manner, and so I've been considering what it would be like to imitate a zoological garden in an aquarium. Once again, suggestions and criticisms are def appreciated.
Expand signature
woah.

I know what you mean about the vents. I was watching blue planet and it had a segment about them. Only invertebrate life lives in that area and the tide pool in my area are predominately invertebrate life. It would deffinately make for an interesting thread/build if you intend on doing it. It would be easier to mimic a tidal biotope than a vent biotope imo

Lol obviously it would be easier to make a tidepool biotope. It'd be beyond awesome to get the money and tools etc to have a vent biotope, but I wasn't considering directly setting one up with vent organisms etc, but actually setting up a tidepool biotope/aquascape thing with a biological density similar to a vent, as long as it doesn't hurt the organisms. It'd be like a form of living art or zoological garden if it were fully possible, but the only thing would be that I'd need a really good filter among other things to get rid of excess nutrients in the water. I've read about sumps that use macroalgae in them so I've been considering that along with beneficial bacteria to be used for the tank.

As for the tank size, I have a 20 gallon long being used by my leopard gecko, and quite a few 10 gallons in my garage, but I'd prefer to use the 20g. If I could make a seperate tank for my gecko then I'd do the project in the 20 gallon. If I get approval from you guys and tips etc I'll definitely try to do this and I'll post pics if I can. It'd be an interesting summer project.
Expand signature
woah.

I would love to help as much as i can if you do try this. Youd probably need to run the sump with a protein skimmer and maybe some type of reactor to get the water quality really good for the tank and setup.

I'm totally willing to try this as much as you and the other experts of AC are willing to help with advice and tips and whatnot. Regardless of the kinda limited free time I have this summer, I'm still motivated to do this and a few other biotope projects. A few days ago I was further inspired by going to the local estuary and harbor and as filthy and polluted as it was, there were still mussels en masse because there weren't many seastars there to eat them, and also crabs, anemones, and even some fish surviving. If it were possible it'd be a nice source to collect the starter organisms from because they're presumably the hardiest, but right now I'm just wondering how much protein skimmers are and if it's possible for me to make a sump from a smaller tank and a few pumps/tubes. I'm pretty sure I'll be working on a limited budget of less than a few hundred dollars if not less than 100 dollars at most so I'm wondering what I can do to save money and still keep the potential tank healthy.
Expand signature
woah.

The sump is a good place to put the skimmer. You'll need some kind of overflow, pieces of glass or acrylic to create chambers in the sump, and a pump to return water to the tank. If you're going to use the 20 long, a 10 should suffice as the sump.
Expand signature
So much to learn, so much to teach...
You must log in or register to reply here.
Share:
Facebook Twitter Reddit Pinterest Tumblr WhatsApp Email Link
Top Bottom