Here are the little lovelies. First one was taken earlier this week to show to one of my friends that also found my project interesting, last 4 I just took. 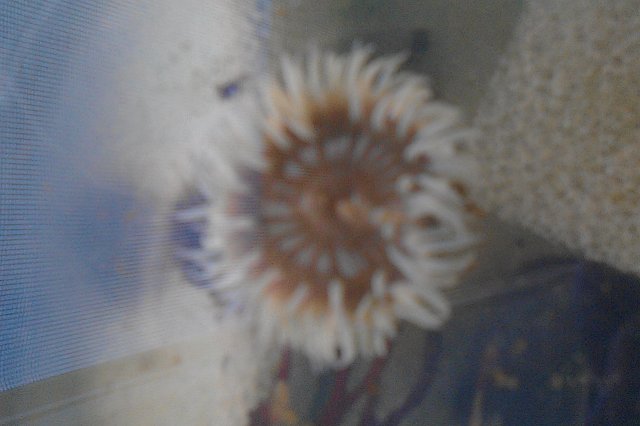 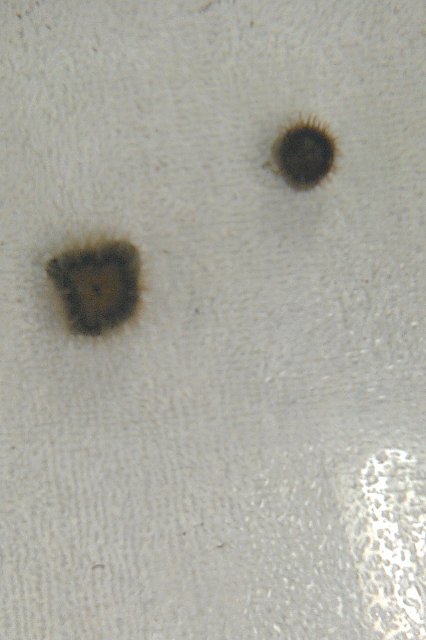 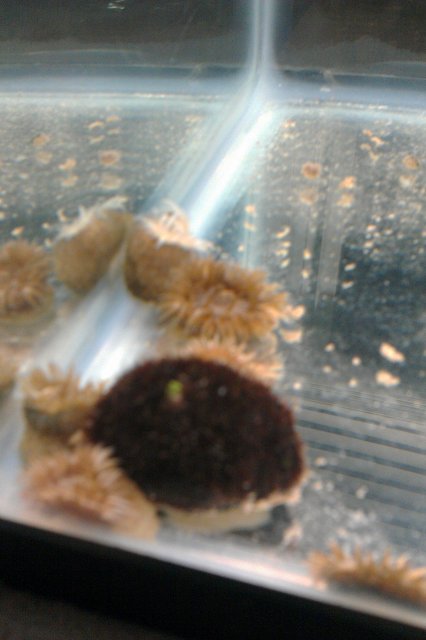 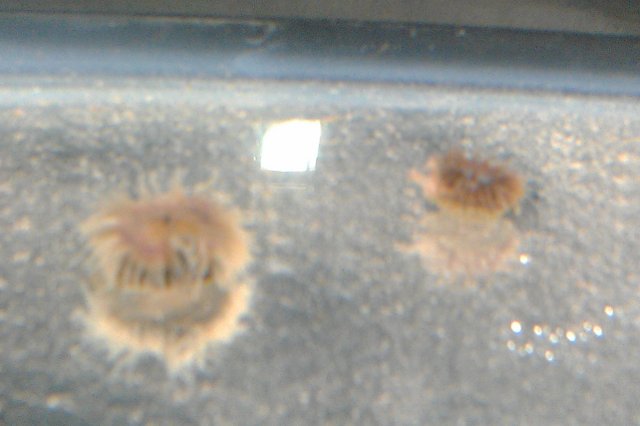 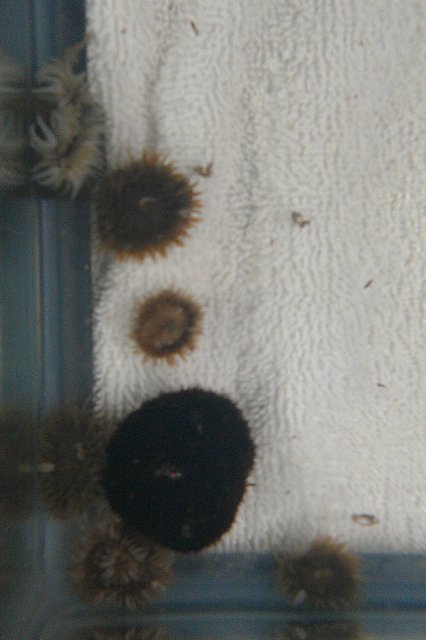 I collected 8 from the pools. What happened actually was the tank underwent a series of snafus involving aiptasia and dinoflags so I actually had them in a separate "quarantine" tank for a while until I tackled the pests in the main tank, then I moved the quarantined anems back yesterday. Though they're remarkably tough they're still a little annoyed by the whole situation but I acclimated them gently and I fed them some frozen brine shrimp today to get them to settle down. The tank is bare bottom because I'm ideally shooting for the anemones to kinda divide and carpet the bottom, which would require more food etc.
The turban snails are mostly in the refugium with the chaeto. Really cool guys with nice looking nacreous shells they are. The only thing that sucks is that according to paleodb, the earliest fossils for Turbinidae only date back 388 million years ago, a little after the desired Silurian period ends, so I can only hope that molecular data can suggest that they evolved kinda further back. Still, I recently got a big one who's probably almost double my age (from what I've heard they can live for 30+ years!) with a really useful, bubbly macro red algae carpeting the shell, but unfortunately some baby aiptasia from earlier times also decided to settle on the shell and so both of us have been attempting to get rid of them.
Basically, I have the tank back on its feet after battling a lot of problems so I hope things stay balanced for a while so I can continue this awesome art/science project.

It would be pretty awesome to see an anemone carpet on the tank. Good pics and awesome nems

I'm gonna have to feed them everyday then lol.
Expand signature
woah.

They look so much happier right after I feed them. 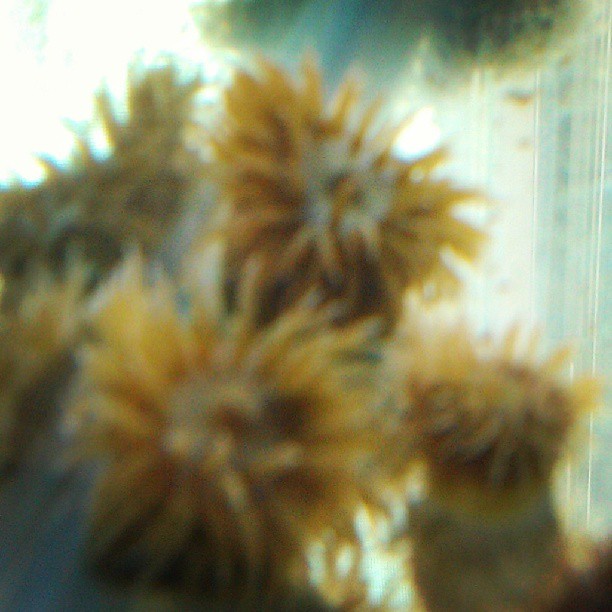 The only thing that sucks is that I see dinoflagellates starting to creep in, but since they're in powdery form right now, I'm hoping my UV sterilizer (50 bucks, pretty good investment) can suck the dust up and clear them out for the most part.

I'm also wanting to test out this little hypothesis I conjured. From what I've learned and what I've figured out, the reason complex ecosystems in the ocean have clearer waters is because every last nutrient is taken up by some multicellular organism (save for the beneficial bacteria) at some point. I'm wondering if I can imitate this in my tank and get any excess nutrients to be absorbed by a more benign, less toxic microalgae (would spirulina work?) that can subsequently be eaten by copious zooplankton, while the zooplankton waste can also get uptaken by macroalgae in addition to the filter's bacteria. I already have copepods, but I wanna also get brine shrimp to add to the "primitive" feel of the tank and apparently they're pretty effective. To test this out I'll get a separate tank with the brineshrimp and the spirulina because of course I don't want to re-trash my tank again lol. What do you guys think of this idea?

Sounds reasonable. And testing in a QT is very smart.
Expand signature
So much to learn, so much to teach...

I'm also considering just adding a different, actually edible species of microalgae to the main tank (spirulina again? or maybe green hair algae) to out compete the dinoflags, only to be eaten by the snail, giving any other nutrients back to the chaeto and bacteria.
Expand signature
woah.

Since I'm having a hard time getting microalgae right now, does anyone know how fast chaeto can uptake nutrients? Is it substantial enough to starve out the dinoflagellates? I've torn the softball sized wad in my refugium and now have something about half the size of a golf ball, and so I'm waiting for it to grow bigger so I know how well it's doing the water. Also, to keep the anemones and snails happy, my salinity is about 1.030. Would this hurt the chaeto?
Expand signature
woah.
You must log in or register to reply here.
Share:
Facebook Twitter Reddit Pinterest Tumblr WhatsApp Email Link
Top Bottom