Well the title is a bit misleading at the moment until it actaully fills in but I assure you the eventual goal will be to live up to the title....LOL

Like most I've had big tank envy for quite sometime considering who some members have their tanks setup you can see how easy that is. My 120g planted tank was nothing to sneeze at (at least for me) it was a serious labor of love so it came with some regret to replace it with the 180g.

Anyway the 180g was going to be a DIY project stand and hood but it immediately became time sensitive and time was something I had very little of not to mention space. Anyway here are some shots of my DIY hood before I shifted gears.

This would allow lighting into the room the idea was to add something decorative in the middle.

But with the hood almost complete and having trouble finding Blonde plywood because my local Lowes had discontinued to carry it I would have had to go to NY to get it. After some debating it was just easier to buy a finished product that would fit our needs.

End result I got a great deal on a used hood and stand but unfortunately I have to modify the hood to get it to fit but you can't win them all. Got the ball rolling for setting up the tank for now. I meant to get step by step shots of the setup but after spend 2 days sifting MS I was done.

Well I can't get the setup pictures to post but not missing much just the gravel perimeter along the front and sides none on the back, with the MS base and SMS cap. The SMS is still a little fluffy but I hope the air pockets compact soon. 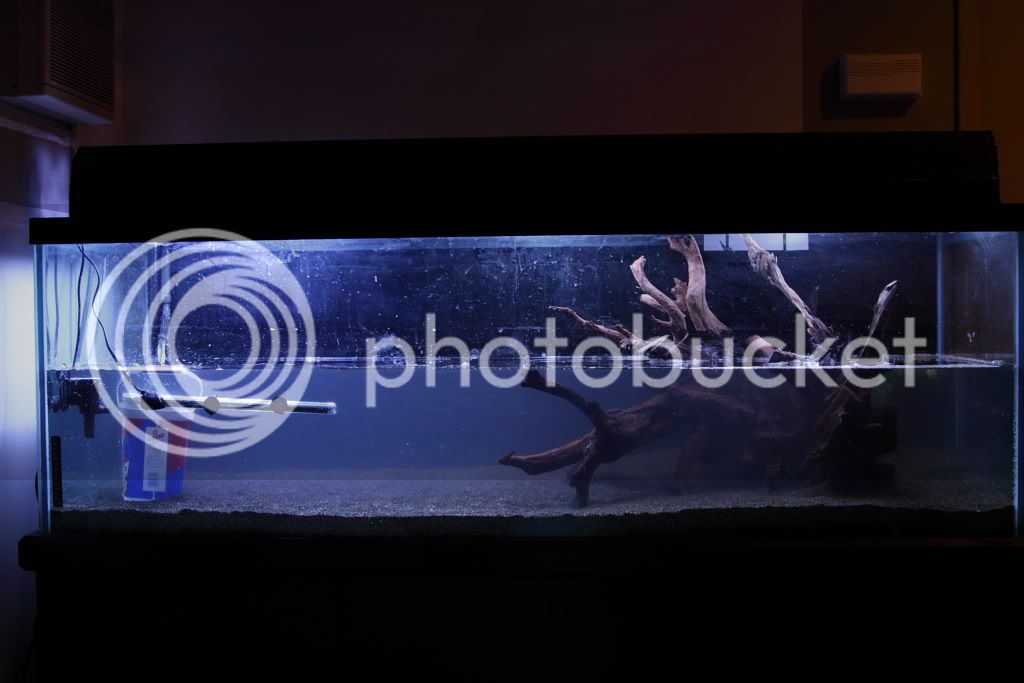 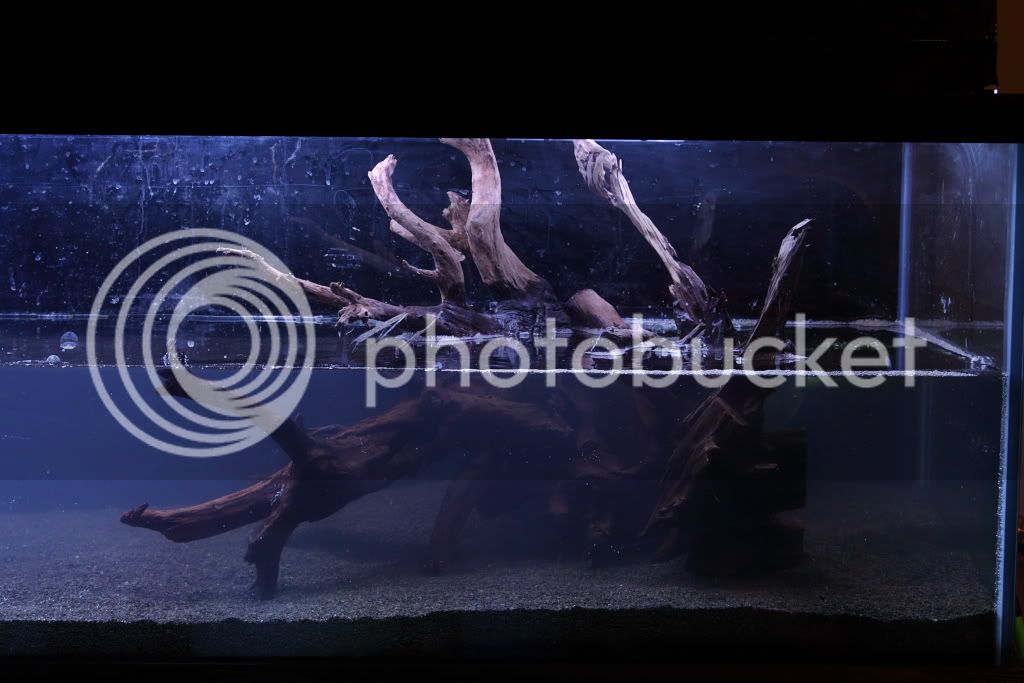 I love the wood too. I'm sure it'll be just a impressive as your 120 was...eventually

Thanks for the kind replies.

The look I'm going for at the moment is Anubias nana petite as a pit in front of the driftwood since that will be my focal point in the tank. I'll put some plants in between some of the pieces just to have it blend in a little. To the rear left of the nana you'll see Blyxa japonica and behind that aubertii. To the right behind the driftwood is Crypt wendtii but I don't think it's going to work I was looking for a tall type of Crypt to put back there from what I've found they discribe wendtii as a foreground. Everything else I'm just growing until have enough to decide what to do with it. I have 1 tiny plantlet of Glosso we'll have to see if that takes off.

The right side is the side I expect to have height coming to a low foreground on the left. 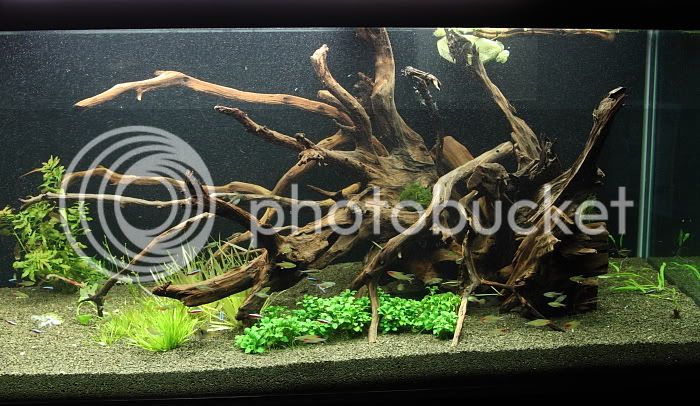 Grats on the upgrade! That is a gorgeous piece of wood...

I've got a good crypt recommendation for the right side. Cryptocoryne crispatula var. balansae should fit your "tall" needs. Beautiful plant, medium-slender leaves with softly ruffled edges. I've got this in my 10g, and the bowing leaves really add texture & a nice, deep green.

H2Ogal;2408966 said:
Bettas are like cats. They believe that anything you bring home is most certainly intended for them to eat, play with or sleep on.
Click to expand...

+1 on the Balansae. I have about 13 of them in the right corner of my tank waiting to fill in. Like most Crypts, you'll be waiting a while after you plant them before they start taking off.
Expand signature
Photo Thread
My Music Thread <== Feel free to check out my works-in-progresses
​

fishycat funny that picture was taken at the LFS right up the street from me I'll have to start poking around see where I can find it.