I adopted a red male betta fish from a cheap side road shop this year and he has gone through some tough times due too my lack of experience. He has jumped out of a bowl while I changed his tank and suffered a damaged fin. It has healed and he seems fine but about six months later, after leaving him in the care of a friend over summer, I noticed that the underside of his face is silvery and cloudy white.

He has been eating normally and swimming around as usual however I was told, when I came back, that he was kept in an unfiltered, unheated small bowl while I was away. I realised that his water hadn't been changed at all which caused the plants he usually had in his tank to die and that he looked over fed.

When I came back from summer, I set him back in his 4 ~ 5 liter tank heated to 26/27 degrees Celsius with a vertical cylindrical 25W heater and with a carbon/sponge filtering system. I set him up in the living room where there is more light but for a few days the temperature in his tank was quite low until I got his heater back up and running; he was a bit sluggish for those days. The living room is air conditioned so the tank water temperature varies.
I feed him artificial mosquito larvae granules once a day and over the weekend I give him freeze-dried blood worms. I try to alternate his food but I don't readily have access to money or shops to get him different foods. I clean his tank every two weeks (full water change and complete scrub out of tank).

He doesn't flare unless I show him a mirror, the rest of his body is of a consistent red and he likes to rest behind the heater or swim under the current created by the filter so I don't think he is sick but I'd like to make sure because I really want him to live a better life than in the tiny plastic cup I found him in. I believe that the discoloration could be due to a bacterial infection from the bad conditions he was kept in for the two months of summer or a burn (not sure if its the heater or ammonia burn). I have no way of checking the pH levels and my thermometer displays 26.7°C at the moment.
I attached pictures of him: the first two are of him right now and the third of him last month and the others are of him before the summer. As you can see his tank is currently bare when compared to last year's tank. 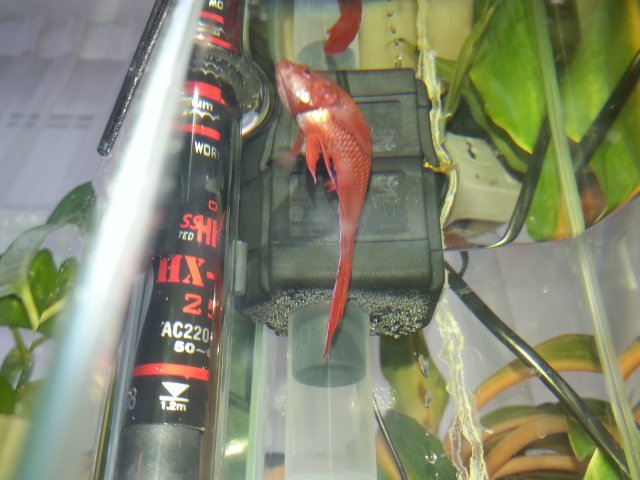 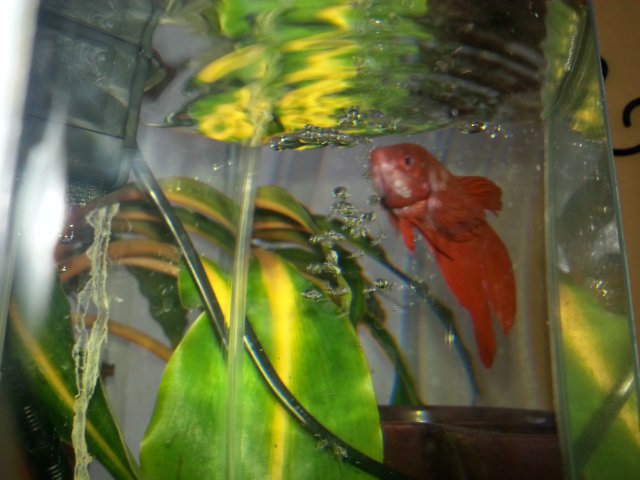 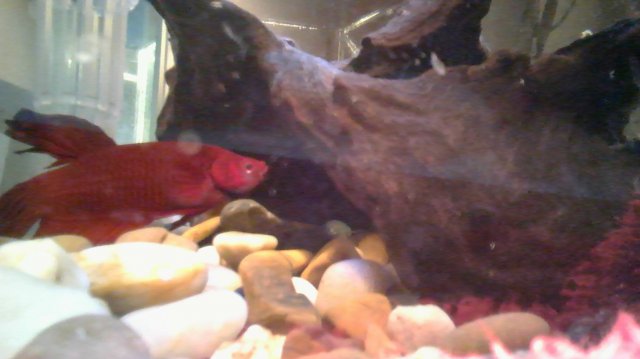 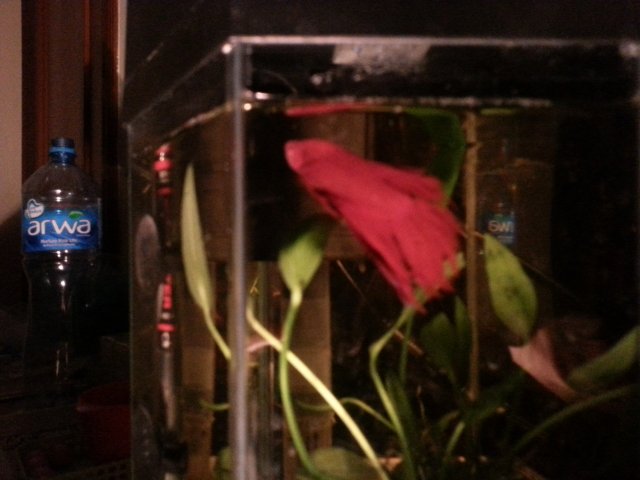 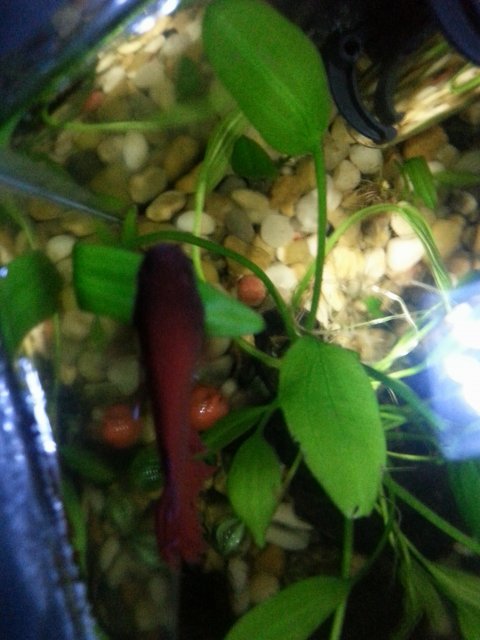 Thank you in advance for your help, I really want him to be alive and healthy.

P.S. Both of his pupils have a silvery reflection looking dot on them... not sure if it has always been there.